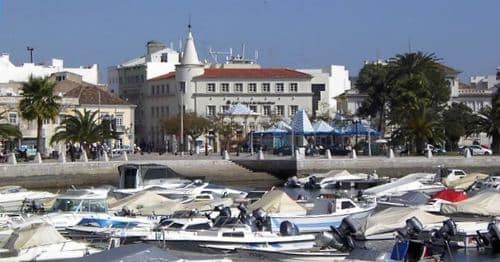 It is being criticised for its “technocratic, evasive language”, but possibly the worst of proposals for the revision of Faro’s PDM (municipal development plan) is that they look as though they are opening the way for a “new barrier of eyesores and cement”.

So says environmental NGO Almargem, which has released a statement as the period for public consultation on proposals comes to an end.

There are multiple questions raised by the document – not least the town’s true position regarding barrier island communities on Ria Formosa.

Says Almargem, the “technocratic and evasive language” regarding the removal of REN (ecological reserve) classification begs the question: is the council trying to help islanders “avoid even more demolitions”, or is it simply “guaranteeing” that future constructions “for example, of touristic character” are free from the conditions of REN?

Confusion persists in the way “there is no clear distinction” between areas of high risk for homes “like Praia do Faro” and those inside the Ria Formosa lagoon, like Farol and Hangares on the island of Culatra, “where risk is theoretically much less high”.

Large swathes of wilderness – the areas of Ludo and Pontal – are suddenly removed from REN, adds the group, “which could work in favour of future proposals for urbano-touristic occupation (ie holiday complexes).

Worrying aslo is the removal of the railway line that separates Faro from Ria Formosa.

The line’s existence, up till now, has stopped sprawling development. Once it has gone, Almargem fears that without REN or indeed RAN (agricultural reserve) classification, the area would be ripe for ugly redevelopment.

“But to aggravate the impacts of intensive urbanisation of the riverfront even further”, there remains the possibility “that three new ports or marinas will be constructed, one alongside the existing docks, the other in front of Bom João and the third in the commercial port”.

This €170 million project was unveiled by the council last year (click here) and already has a working group studying all the options (click here).

Almargem says it is all for a mixed use of the commercial port but “the other two hypotheses should be completely excluded”.