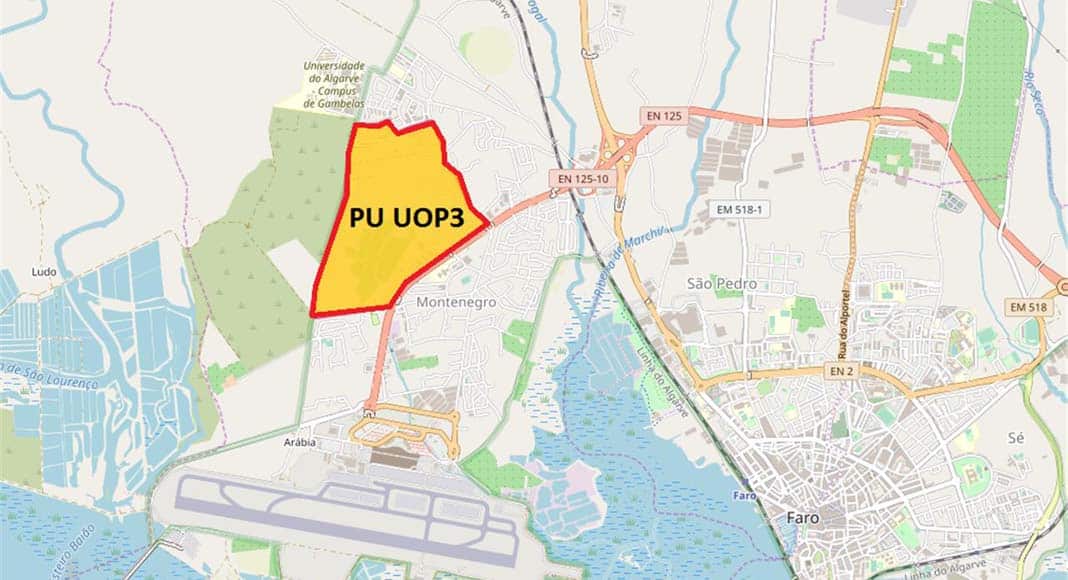 Faro’s municipal assembly has approved an urbanisation plan which will finally pave the way for the construction of the town’s technology park.

This 6.6-hectare park has been in the pipeline since 2012, aiming to become a hub for technological companies.

It will be built on a 104-hectare plot of land near the University of the Algarve’s Gambelas campus and Faro Airport, with the goal being to reap the benefits from being so closely located to them.

Faro Mayor Rogério Bacalhau has described the approval of the urbanisation plan as a “great victory for Faro”.

“The borough now has a plan for the development of an industrial park which will boast unique characteristics, as it will be located near a university and an international airport with the Ria Formosa as its backdrop, also benefitting from the mild weather that only the Algarve can offer all year round,” the mayor said.

He added that “this is also an opportunity to develop this area even more, increasing housing and economic activities in harmony with the surrounding green spaces” and said that the plan is very mindful of its surroundings, “given that it is so close to the natural sanctuary that is Ria Formosa”.

The council explains that the first draft of the urbanisation plan, entitled UOP3, was created in 2012 with the help of the University of the Algarve and the Regional Development and Coordination Commission (CCDR Algarve).

The plan underwent “the necessary corrections” in 2016 before being discussed again in 2017. Finally, a last draft was approved by the council in December 2019, having now also received a thumbs up from the municipal assembly.

The council has yet to provide a timeline for when construction is expected to begin or when it is planned to open.