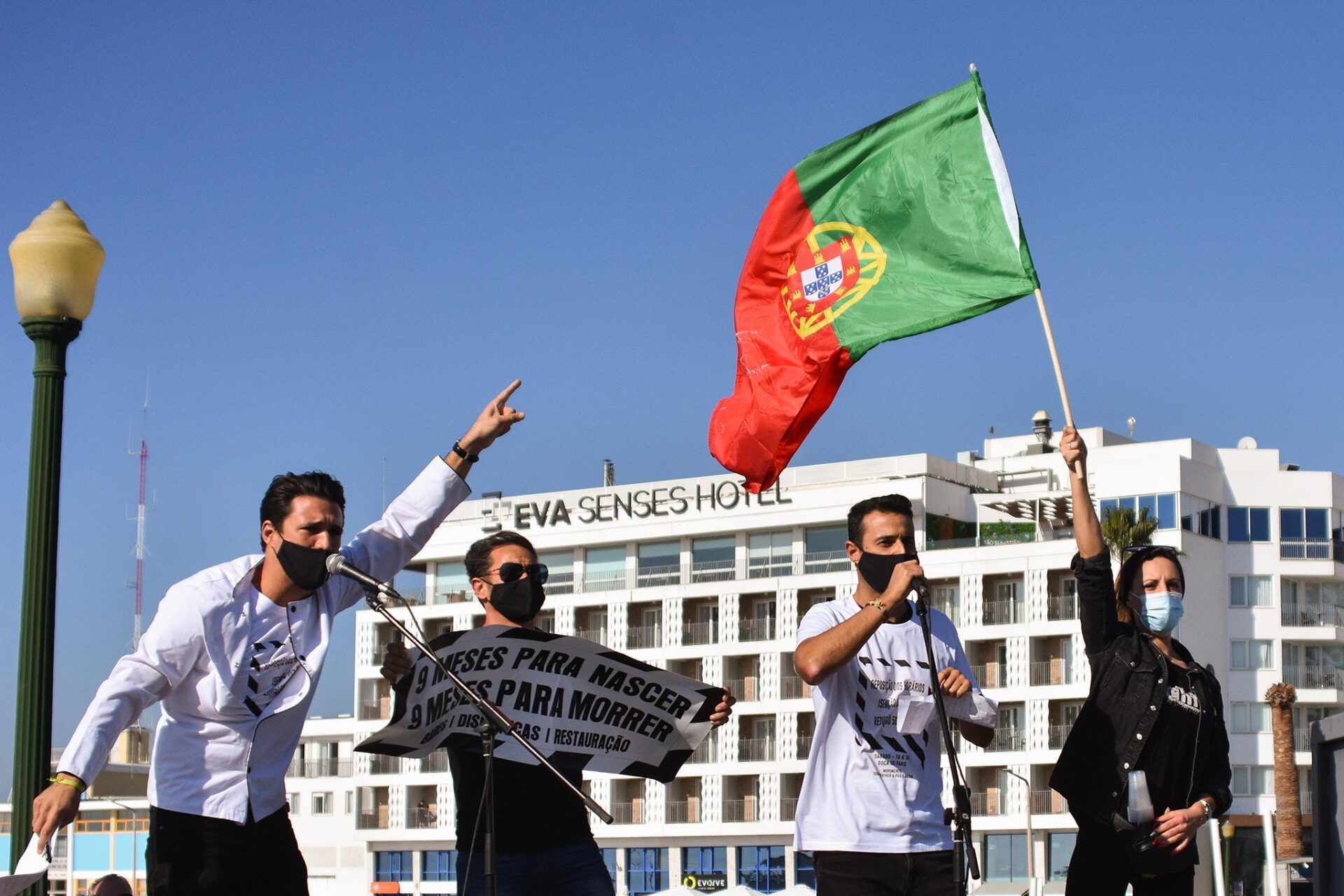 People from all walks of life protested in Faro this morning against the crippling State of Emergency restrictions that threaten to drag so many businesses into the brink.

The ‘Pão e Água’ (bread and water movement) started by restaurateurs in Porto has now been swelled by shopkeepers, workers and business people within the hotel and tourism sectors, nightclub owners and others.

Their aim is to make the government aware of the crisis the pandemic has created for so many perfectly healthy people who previously had healthy businesses and lives that worked.

Travel agency boss Eliseu Correia added extra colour to the event which took place at the docks by hiring a plane to fly past with a banner encouraging ‘strength’ at this time of such seemingly impossible adversity.

The bottom line message was that the region needs ‘urgent measures to avoid bankruptcies, business failures and galloping unemployment’.

Remedies suggested so far include reduction of IVA and TSU payments for businesses.

The wider Pão e Água movement will be out in force again in Lisbon on Wednesday with a similar message from the whole country delivered to the steps of the parliamentary building.

Talking to Lusa earlier this week, Vanda Balaia of NIPSA – Faro’s intervention nucleus for homeless people – said the pandemic is clearly the cause of this worrying new trend among the city’s rough-sleepers.