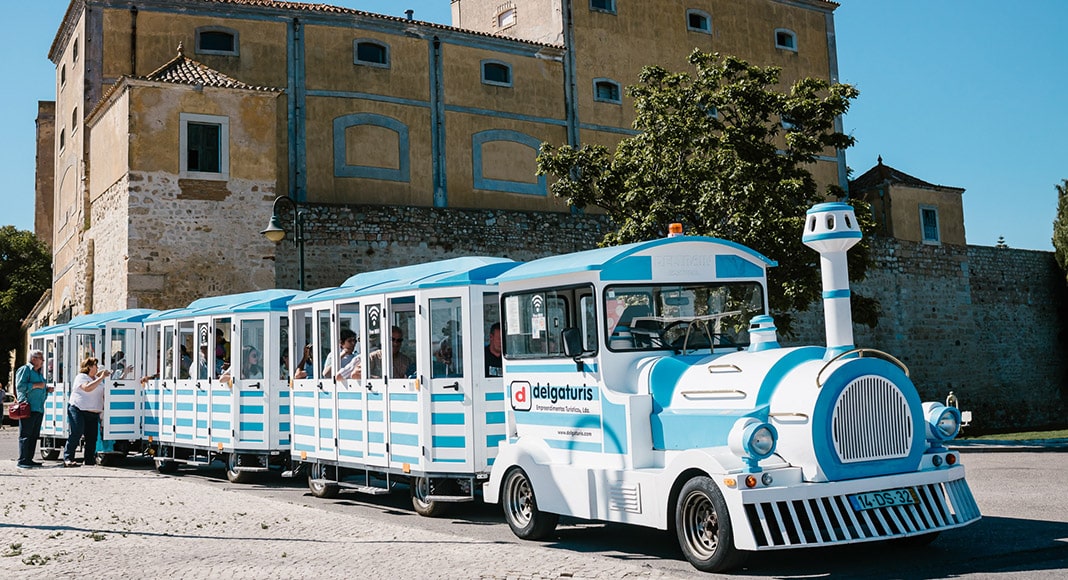 Faro’s tourist train is getting new stops and the possibility for tourists to ‘hop on and hop off’ starting in April, the local council has revealed.

The route is being extended and will soon feature stops at the town’s Jardim da Alameda, the renovated Ermida de Santo António do Alto viewpoint and the municipal market.

There will also be two new ticket types to choose from. The first will cost €3.77 and will be a single-use ticket, allowing holidaymakers to catch the bus and hop off at any of the stops along the way. The second, costing €5.66, grants full access to the train for one day.

The latter option aims to give holidaymakers more flexibility so that they can stop at several points of interest along the route and then continue their journey when they’re done.

Children aged 10 and under will only pay half price for both tickets.
Those travelling on the sightseeing tourist train will also have access to an audioguide with headphones and the possibility to choose from a selection of languages.

The tourist bus will run all year round although with some changes to its schedule depending on the season. Between April 1 and October 31, it will run from 10am to 9pm while between November 1 and March 31 it will run between 10am and 5pm.

The service is operated by Vilamoura-based company Delgaturis – Empreendimentos Turísticos, Lda, which recently won a public tender to continue operating it for another four years.

Faro Mayor Rogério Bacalhau is delighted about the changes and says they are “another step towards establishing Faro as a year-round tourist destination”.