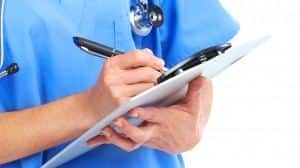 Évora judges have fined a Faro orthopedic doctor €1700 for sending a patient home with a spinal injury so bad that she ended up paralysed from the neck down.

Delivering their verdict last week, the judges “condemned the attitude of the doctor”, writes national tabloid Correio da Manhã, “but said it was not possible to say with any certainty that the woman would not have become tetraplegic if her injury had been detected earlier”.

The woman, aged 42 at the time, has since died from “complications created by the fact that she was paralysed”.

In a conclusion to the tragic case which dates back to a holiday in the Algarve in 2010, the dead woman’s family saw their claim for damages substantially reduced (from €77,000 to €1,700) as the judges stressed it was not possible to make a relation between the doctor’s error and the patient’s subsequent death.

“There was a serious failure in the duty of care”, ruled judges, as “due to the conditions of the patient” the doctor “was particularly obliged to be more zealous and diligent in his conduct” – something he clearly was not.

CM gives the background details: The patient – on holiday from Bragança – was admitted to Faro hospital after falling “in an area of rocks”.
The doctor who attended her “did not ask for the kind of exams that would have detected a spinal column injury”.
The woman, named only as Maria Luísa, was sent home, only to return in agony the next day when further exams revealed the full extent of her injury.

The doctor – now working at Curry Cabral hospital in Lisbon, was cited for the crime of “offenses to physical integrity through negligence”.
He has been an orthopedic specialist since 1983, writes CM.

The-definition of ‘tetraplegic’ is fairly open ended as it does not simply mean that people cannot move their arms and legs. It can mean that they cannot swallow, breathe without assistance or hold up their heads, explains ‘spinalcordinjuryzone.com’.