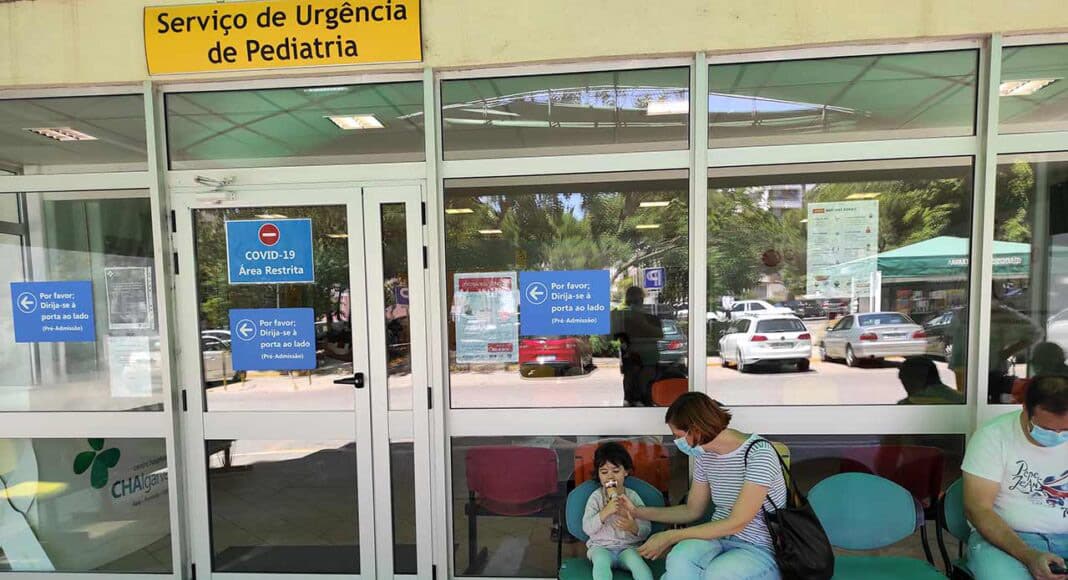 After a stark warning was made last November (click here), the Algarve University Hospital Centre (CHUA) has announced that Faro Hospital’s paediatric A&E unit will be closed between today and Sunday (February 25-27) due to a “lack of paediatricians and some situations of medical leave”.

The announcement of the drastic measure came in a statement released this Friday and signed by Horácio Guerreiro, CHUA’s clinical director.

During the weekend, parents are being advised to take their children, “whenever possible”, to their local health centres as a first option, or to CHUA’s basic A&E services in Vila Real de Santo António, Loulé, Albufeira and Lagos as an alternative.

Portimão Hospital’s paediatric A&E department should only be used if “absolutely necessary”, the statement reads.

CHUA also explains that children taken to Faro’s paediatric A&E unit will be directed to the general A&E unit.

“We will try to maintain paediatric support to the maternity in Portimão,” CHUA says.

“Despite multiple and repeated attempts directed at other hospitals, doctors and the hierarchic structure, we were not able to recruit paediatric specialists to avoid this current situation. We continue to develop efforts to re-establish, in the shortest amount of time, the complete functioning of the paediatric A&E. We lament the inconvenience caused to the population,” the statement adds.

In November 2021, Portugal’s General Medical Council (Ordem dos Médicos) painted a catastrophic picture of the state of Faro Hospital’s paediatric A&E unit, with the president of the council’s South Region going as far as to say: “I don’t know how it is still open.”