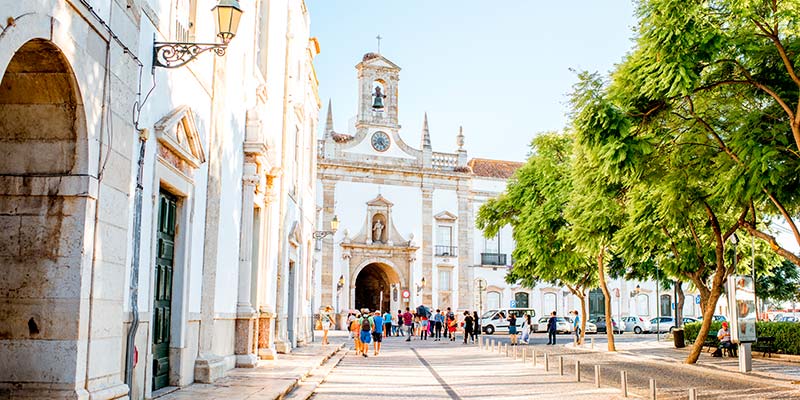 It’s official: Faro has launched a bid to become the European Capital of Culture in 2027.

The plan had already been revealed four years ago (click here) but was made official on Monday (November 25) with the signing of protocols between the local council and several institutions in the Algarve.

“We have been working on this project for over a year, seeing what has been done in other places, visiting cities that have already been European capitals of culture and working with our partners,” Faro Mayor Rogério Bacalhau told Lusa news agency.

The bid is backed by several regional institutions including the Algarve Municipalities Association (AMAL), the University of the Algarve (UAlg), the Commission of Regional Coordination and Development (CCDR Algarve), the Algarve Regional Culture Board (DRCA) and the Faro division of the Portuguese Sports and Youth Institute (IPDJ).

Bacalhau explained that while the bid is for Faro to be named the capital of culture – as it must be an individual town presenting a bid as opposed to a region – he wants the Algarve as a whole to be involved.

“That is why I invited AMAL, all of my colleagues and all municipalities to join this bid, which has already been accepted and approved,” he said.

The mayor said it is important to have “this group of partners” formally involved, as he believes they will play an important role in whether the bid is successful.

He added that this joint initiative is especially important as the Algarve “does not have many initiatives which everyone agrees about”.

However, in this case, everyone showed a willingness to work together, Bacalhau said.

Apart from Faro, there will be several other Portuguese towns in the running to be named European Capital of Culture in 2027, such as Braga, Caldas da Rainhas, Cascais, Coimbra, Évora, Guarda, Leiria, Oeiras, Viana do Castelo and Viseu.

According to the European Capital of Culture website, the initiative is “designed to highlight the richness and diversity of cultures in Europe; celebrate the cultural features Europeans share; increase European citizens’ sense of belonging to a common cultural area; and foster the contribution of culture to the development of cities”.

The winning town/city is decided after all the submitted applications are “reviewed against a set of established criteria during a pre-selection phase by a panel of independent experts in the field of culture”.

The panel agrees on a short-list of cities, which are then asked to submit more detailed applications.

The panel then reconvenes to assess the final applications and recommends one city per host country for the title. The recommended city is then formally designated as European Capital of Culture.

The decision about which town/city will be named the European Capital of Culture in 2017 is expected to be announced in 2023.