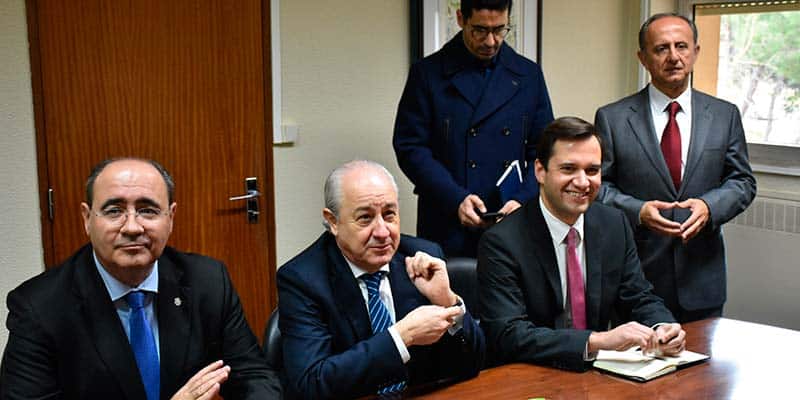 PSD opposition leader Rui Rio visited Faro Hospital last week and said he was “shocked” by what he saw – “the hospital is not up to the standards of what is expected from a developed country, a European country”.

“Doctor shortages”, “long waiting lists” and a hospital that is “not equipped to handle so many people” were among the key issues highlighted by Rio, who has been travelling across Portugal to assess the state of the country’s public health services.

“There are people waiting over two years for an appointment and if they have to be operated on, they may have to wait another year,” said the president of the government’s main opposition party.

“The waiting times are absolutely inhumane. People who are in pain can wait years until their problem is solved,” he stressed.

The opposition leader also said that the hospital building is “saturated” and can no longer serve the needs of the people. Some patients are kept longer than needed in the A&E department as there are no rooms or beds for them to be moved elsewhere.

While the situation is dire, Rio admitted that the Algarve’s public health sector issues started well before the current administration took office.

“I don’t mean to say that the SNS (national health service) was perfect and that this government arrived and ruined everything, that’s not true. But it is undeniable that the situation is substantially worse than it was three years ago,” he said.

Rui Rio was also asked about the nurses’ strike that will take place throughout most of February.

“From the PSD’s point of view, we are particularly worried about the patients who will suffer the consequences of actions they are not to blame for,” he said.

Rio also stressed that the government “is not able” to meet all the demands made by nurses due to “budgetary restrictions” but admitted that nurses are entitled to fight for their rights.

And while he doesn’t agree with the way the strike is being carried out, the leader of the PSD acknowledged that the nurses’ demands “are fair” (click here).