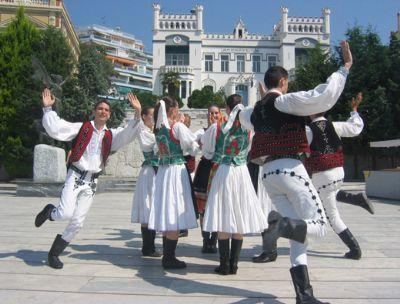 From August 15 until August 23, Faro will be hosting FolkFaro 2009, an international festival of folk dancing, which involves 11 dance groups from seven countries.

This festival, which has been organised by Faro’s folk dancing group with support from the Câmara, among other entities, is aimed at promoting peace, friendship and tolerance between culturally distinct people.

Tomorrow there will be a grand opening gala at the municipal theatre, Teatro das Figuras, from 10pm, where 300 dancers from four continents will raise their flags, and share their dances and traditions.

On Saturday, August 22, the theme of the festival will be Portuguese traditions, which will include performances by five folk dancing groups from across Portugal and Madeira.

There will also be dance workshops, parades and street entertainment throughout the festival.

For more information about the festival, please telephone Helena Franco on 966 049 355 or email grupofaro@hotmail.com Alternatively visit the website, available in Portuguese only, at www.folkfaro.com Tickets for the opening gala at Teatro das Figuras cost eight euros.
1″>news