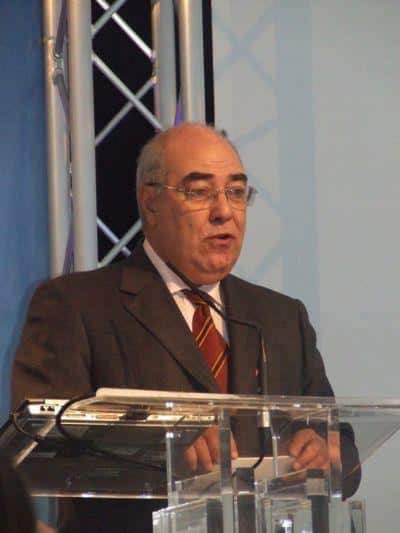 Faro airport is to undergo major development work which will see its capacity rise from six million passengers a year to eight million by 2013.

The ambitious project, announced on Wednesday by airport management company, Ana Aeroportos, will cost a total of around 130 million euros.

Ana Aeroportos President, Guilhermino Rodrigues said: “This project is part of a team effort between us, the national and regional tourism boards.

“It is part of our mission to improve the Algarve as a destination, reducing seasonality and diversifying the market.”

Faro airport director António Correia Mendes said that the plans were put together by renowned architectural company Chapman Taylor, which also designed Terminal Five at Heathrow airport in the UK.

“The project has been planned in response to the changes in the types of passengers and will include an increase in the size of public spaces as well as improved airport accesses and an increased number of plane parking bays,” he said.

António Mendes said that the work will enable the airport to increase the number of flights possible per hour from the current 22 to 30.

When the work is complete, the airport will increase its capacity from six million passengers per year to around eight million.

He added that there will also be more shops in the airport and the layout of the terminal building modernised, with natural lighting and ample waiting areas.

“Overcrowding upon arrival for passengers travelling from countries outside the Shengen agreement zone will also be solved as the immigration control areas will be expanded,” said António Mendes.

The work, which will be split into two phases, is due to start on March 1 and be completed by the end of 2013.

The first phase will concentrate on the airport’s operational areas, while the second phase will see the terminal and accesses completed.

Mário Lino, Portugal’s minister for public works, transports and communication, who was also present during the unveiling of the plans, said: “Even though the current economic crisis could cause a fall in passenger numbers this year, the decision to redevelop this airport was made thinking of the future.

“We must be prepared for the future, so that the region can fully embrace the surge of visitors in years to come.”

Mário Lino added that Faro airport’s redevelopment was also part of the government’s strategy to combat the current crisis by creating employment opportunities.