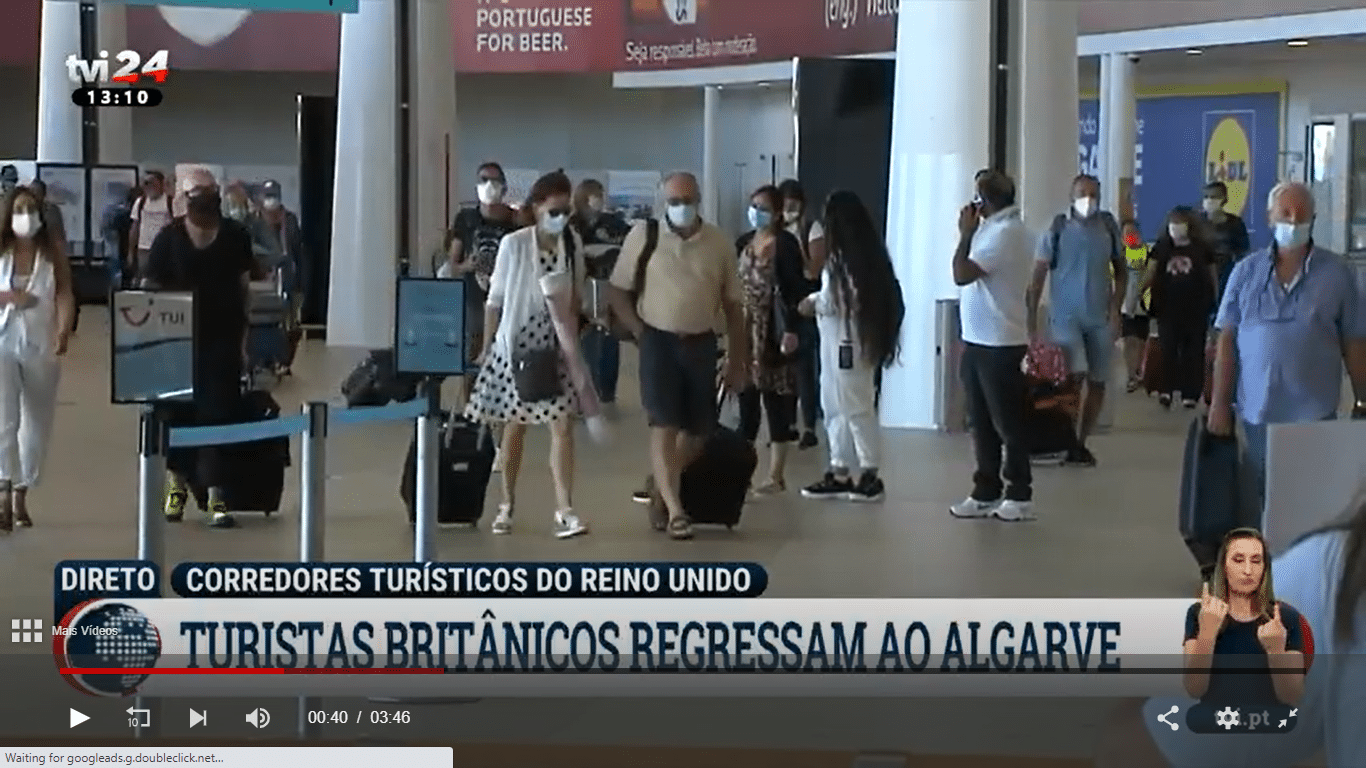 Faro airport has already been transformed by the British government’s decision to give Portugal a long awaited ‘air corridor’.

Within hours of the news on Thursday, planes that had previously been arriving from British airports with just handfuls of passengers were suddenly bringing in throngs.

On Friday, 13 planes brought holidaymakers delighted that they won’t be returning to 14-days quarantine, and on Saturday that number increased to at least 15.

Interviewed at the airport by TVI24, João Fernandes, president of RTA, the Algarve’s regional tourism board, said reservations taken by TAP had increased by 300% in just the first few hours post-announcement.

Despite worrying headlines in the British press about the price of tickets ‘rocketing six-fold’, the truth has been that airlines are offering all kinds of deals, as are hotels and travel agencies.

People who had previously cancelled holidays have now re-booked, and all in all, the shot in the arm for regional tourism is having instant effects.

Said Fernandes, it has been “very important” that the travel corridor opened before September, traditionally the month with the most number of “sleep-overs” by Britons (meaning those that come, come for longer periods of time).

“Last year we had around 758,000 sleep in September and October was the 4th month with most bookings”, he said. “This means we have two quite significant months ahead of us”.

The weather in the Algarve is generally excellent for the beach until October,  Fernandes added, plus it’s the month that British golfers tend to descend on the Algarve en-masse”.

Could this mean the Algarve winter will end up making up for the ruined summer, in terms of tourist numbers, he was asked.

“It would be marvellous if it did but pretty unlikely”, Fernandes considered – though the region will be pulling out all the stops to make as much as possible out of sporting fixtures like the Portugal Grand Prix at Algarve International Autodrome in October and Moto GP in November (click here and here).

“We’ll do as much as we can, but it’s unlikely to be another summer”, he said – affirming “there are no miracles” expected to make up for the massive economic hit caused by Covid-19.

The Times refers to the rather tart remark by the foreign affairs ministry that the concession of the air bridge: “allowed for an understanding that the situation in the country has always been under control” .

Indeed it stressed that Portugal “had 14.4 cases per 100,000 people over the past week, well below the British government’s quarantine threshold of 20 cases”… before being offered the air bridge it has been waiting for desperately since the start of the season.