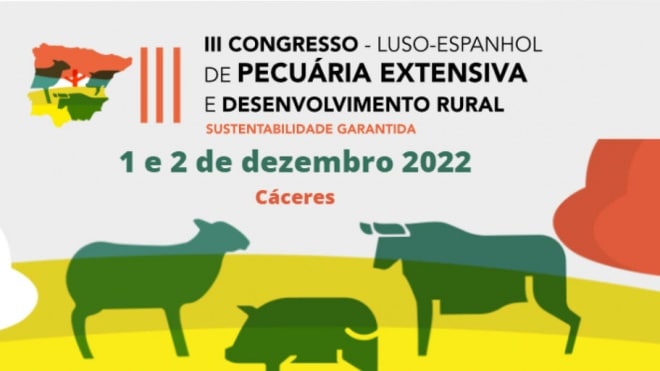 … yet it is promised “almost every week”

Portugal’s struggling farmers have not yet received ‘one euro’ of the drought aid promised to them “almost every week”.

Eduardo Oliveira e Sousa, President of Portuguese Farmers Confederation CAP, has not held back on the sidelines of the 3rd Luso-Spanish Congress on Extensive Livestock and Rural Development, held this year in Cáceres, in Spain’s Extremadura province.

“At this moment in December” he told reporters, “farmers have still not received one euro in relation to the drought measures the Portuguese minister announces almost every week…”

CAP’s dissatisfaction with Agriculture Minister Maria do Céu Antunes is no secret.

Indeed, she has been criticised from numerous quarters of the agricultural sector – even described as a minister “who doesn’t seem to know” that she is in charge of agriculture.

But somehow to keep promising funding that is desperately needed – but never transpires – seems to put a bitter cherry on the whole sorry cake.

Says Oliveira e Sousa, farmers have no idea when the money they have been repeatedly promised will trickle though

“They’ve been promised, (the funds) been included in the budget, but they’ve been thwarted by bureaucracy and, in my view, by the lack of political weight of the person who should have already set a date for the aid to be paid” – another reference to the perceived failings of Maria do Céu Antunes.

In Spain, he added, farmers “have already been paid”. Thus there is no good reason for the delay, particularly as without these measures “hundreds of farmers” face bankruptcy.

CAP has spoken, if not endlessly ‘very often’ about the producers who have had to stop producing animals, for the fact that they can no longer afford to.

The association has stressed time and again how farmers are “at the end of their tether”, considering leaving their land to abandonment.

If this drama wasn’t enough, there is the added blow – already spoken out against by farming groups and organisations – of the government’s decision to ‘transfer responsibilities’ of the agriculture ministry to Portugal’s various Commissions of Coordination and Regional Development (CCDR).

Lusa concedes that Maria do Ceu Antunes has “issued assurances that regional directorates of agriculture will not be wound up as many fear” – but this hasn’t detracted from the widely-held belief that the ministry as farmers know it is being dismantled in front of their eyes.

“The more (the minister) tries to explain the inexplicable, the more apprehensive we become about the intention behind that decision,” Oliveira e Sousa explains.

In his speech at the congress, CAP’s president also called for more European Union support for extensive livestock farming, which, contrary to the “radical ideas” of some environmentalists, contributes to environmental and territorial sustainability, as it is based on a diverse and rich ecosystem such as that of the ‘montado’ (or ‘dehesa’ in Spain) – a habitat in which cork oaks are central.