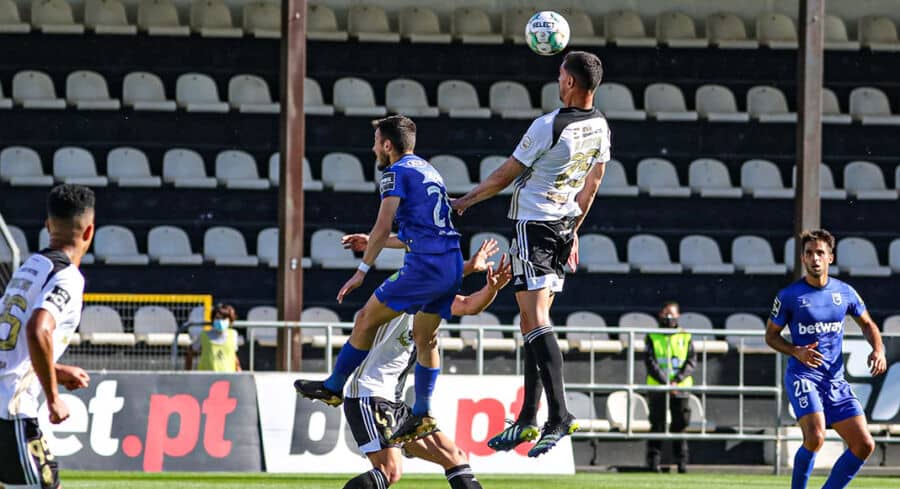 Last Saturday saw Farense fall to the bottom of Liga NOS following a 1-0 home defeat against Belenenses SAD. It was the club’s second straight loss and fifth consecutive game without a win.

Despite creating several scoring opportunities, the Lions of Faro were unable to convert and suffered the consequences when Miguel Cardoso tapped in the winning goal for Belenenses SAD with just 12 minutes left to play.

The score remained unchanged until the final whistle, spelling the continuation of Farense’s winless streak.

Since manager Jorge Costa replaced Sérgio Vieira, Farense has only won one in eight matches, drawing another four and losing three.

The club is now sitting at the bottom of the league with just 19 points in 23 matches.

“We lacked tranquillity, especially in the last third of the field. We have to stop being romantic and be more effective. We conceded an almost ridiculous goal and lost three points which we needed. It was a tough blow to our hopes,” said Costa after the game.

Farense will travel to Porto to face Boavista on Sunday at 5.30pm.

Meanwhile, the club is expected to sign 38-year-old goalkeeper Beto, who represented Portugal’s national team 16 times and won a Europe League with Seville, on loan from Leixões. The move aims to add depth to the squad’s selection of goalkeepers following Rafael Defendi’s season-ending injury. There is an exception in the Liga NOS rules allowing clubs to sign an extra goalkeeper outside of the transfer window if one of the goalkeepers suffers an injury.