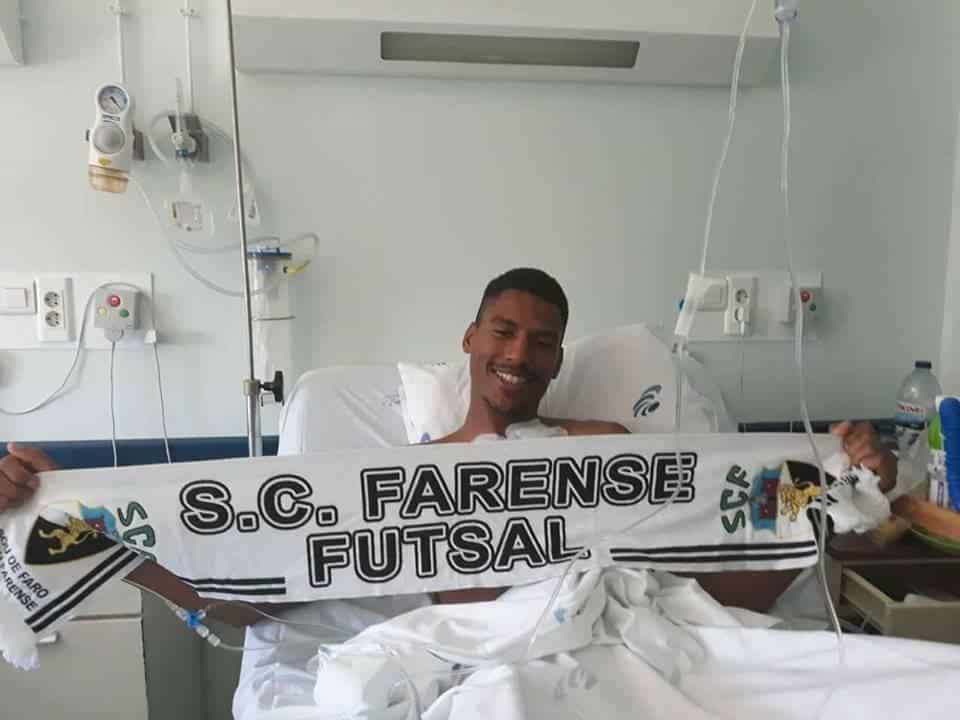 Farense footballer Tavinho, who was rushed to Faro Hospital in “serious condition” on Monday after being stabbed in the neck outside a Vilamoura bar, has been pictured “awake and smiling” in a hospital bed. The photo was posted online by the Farense futsal team a day after Tavinho’s alleged attacker was remanded in custody.

He apparently was so frustrated that he believed that Tavinho, who was speaking English to another footballer outside the bar, was talking about him.

A discussion ensued and ‘Periquito’ ended up stabbing the footballer twice.

The attacker fled the scene but was quickly identified by police. He ended up turning himself in at the Quarteira GNR police station.

PJ police said in an official statement that the suspect has a record of thefts and had been on parole for two months.

Meantime, the 24-year-old footballer is said to be recovering well. However, CM reports that he won’t be playing this season due to his injuries.