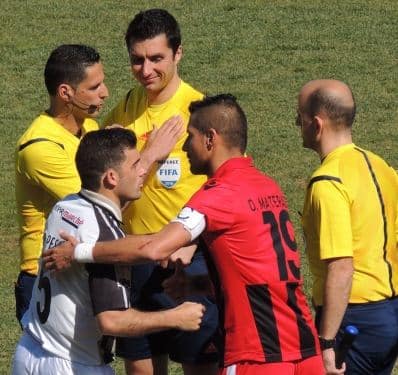 Family members and friends of a Scottish soldier who died in Faro hospital on April 3 are questioning the circumstances surrounding his death.

Darren Lackie, a Lance Corporal from the Black Watch, was admitted to Faro Hospital on Thursday, March 31 after sustaining a head injury while staying in Albufeira.

The 22 year old man from Cupar in Scotland had been on holiday in the resort with his girlfriend when he sustained the head injury after a fall in the Oura area, which led to him falling into a coma and eventually to his death on Sunday, April 3.

A spokesman from Faro Hospital confirmed to the Algarve Resident that Darren Lackie had been admitted to the hospital during the early hours of March 31.

The spokesman said: “He entered the hospital in a coma which was due to a head injury and although we did everything that we could to save him, the injury was very serious and he died in the hospital on April 3.”

The circumstances surrounding the case are now being questioned by his family members, according to reports in the British press.

Iain Beaton, a friend of Darren’s and also from Cupar, Fife, told the Algarve Resident: “Darren had visited a couple of Scottish bars.  His new phone and all his money were missing (when he was found) and the doctor who saw him said his injuries were not consistent with a fall.”

He added: “We would like to put out a plea to all readers for any information relating to that night, if anyone saw Darren or saw him with anyone.  Darren was six foot three inches tall, slim, with short dark hair.”

Graham Lackie, Darren’s father, told the Daily Record: “My son’s death does not add up at all.  He was a big lad who was very streetwise.”

He added: “The toxicology report showed he’d only drunk a couple of pints and it was negative for all drugs but it did show up traces of an unusual barbiturate. I asked the doctor what it was and she said it was used as a sleeping pill.”

Darren Lackie had been on holiday with his girlfriend Ashleigh Wilson when he died.  Ashleigh Wilson told the Daily Record: “There is something very wrong about what happened.  I had to go home early that night.

“I think our drinks may have been spiked.  We’d only had a couple at a local bar but I felt really unwell.  Darren took me back and as soon as I got in, I went to sleep and didn’t wake up for nine hours, which is very unusual.”

PJ police were unable to confirm if the case of the death of Darren Lackie was being investigated. A spokesman for the PJ told the Algarve Resident: “We are unable to release information about any elements of the case.”

A spokesman from the British Embassy told the Algarve Resident: “Our consular colleagues in Portimão are aiding family members in the case, however, if and when there are details of a police investigation into the death, it will be down to the police to divulge this information.”

Meanwhile, tributes to Darren Lackie, who was on leave from the British Army at the time of his death, have been made.

Commanding Officer Lieutenant Colonel Ed Fenton told the Algarve Resident: “It is with deep regret that we learn of the tragic death of Lance Corporal Darren Lackie whilst on much deserved leave in Faro, Portugal.

“In Lance Corporal Lackie, The Black Watch, 3rd Battalion The Royal Regiment of Scotland, has lost one of its young rising stars who had already taken the first steps towards higher rank and greater responsibility.”

He added: “Having completed an operational tour of Afghanistan with the 3 SCOTS Battle group in 2009 he was training in preparation for a possible return to Afghanistan later this year.

“Bright, enthusiastic, brave, and entirely professional, he was a very popular member of the B Company and Battalion.  Lance Corporal Lackie will be very much missed by us all and his many close friends in B Company in particular.

“He leaves behind a loving family and girlfriend who are very much in our thoughts and prayers.”