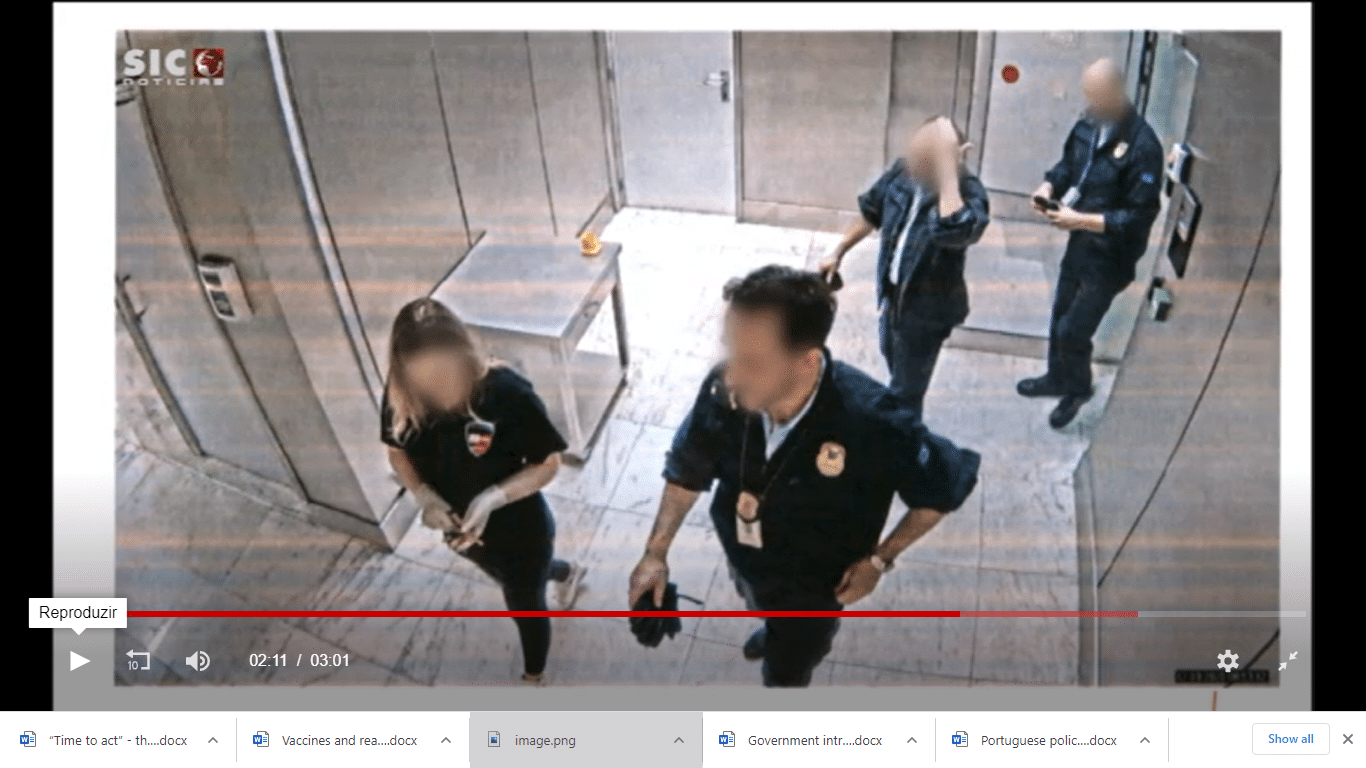 Nine months after their loved one suffered an absolutely horrific death at the hands of three SEF boarders agency inspectors (now charged with his murder), Oksana Homeniuk, her children and father-in-law have at long last been offered compensation. The Portuguese lawyer representing them has said it amounts to roughly €834,000 – and secures the education of the two children until both reach the age of 28.

The amount was calculated by Portugal’s Ombudsman Maria Lúcia Amaral after she lambasted the government for turning a blind eye to systemic failings highlighted years ago that put the lives and safety of immigrants at risk in SEF installations (click here).

José Gaspar Schwalbach, the lawyer representing the bereaved family, has said the offer “although it doesn’t bring Ihor (Homeniuk) back” has served to bring his widow some relief over concerns she has had since last March on how to fend for her children and ensure they get a proper chance at education.

The money, which has been calculated according to very precise criteria (and sees €50,000 granted to Ihor’s father) will be coming out of the SEF budget.

The three inspectors accused of Ihor’s ‘qualified murder’ – alongside nine others charged with assisting in an alleged cover-up – will be going to trial later this month.

As all reports have attested, Ihor Homeniuk suffered a slow and agonizing death after being brutally beaten and left handcuffed on the floor on his stomach with his hands behind his back and several broken ribs.

The way he was abandoned in a room without any CCTV “gradually impeded the functioning of his respiratory system”, writes Diário de Notícias.

“Death came 10 hours after the alleged attacks” which have since caused such a level of shame and embarrassment in this country that the entire structure of SEF is to be reorganised (click here).

Said Maria Lúcia Amaral , Ihor’s suffering was “certainly aggravated by his lack of knowledge of any other language” and his despair that a police force could act in such a manner.

Says DN, the Public Ministry investigating this case concluded that SEF acted illegally in barring entry to Portugal to Ihor Homeniuk as the service should have provided a native-language interpreter for him, so that his answers to questions were properly translated.

In fixing compensation which now has to be accepted by the dead man’s widow, Maria Lúcia Amaral stressed that lessons from this terrible episode must be learned, particularly in relation to the “frustration of all expectations regarding the safeguarding of the fundamental rights of the victim by Portuguese institutions”.

Since Ihor Homeniuk’s terrible beating, more stories have emerged of immigrants being threatened and even beaten in SEF installations (click here).

This has led to calls for the dismissal of interior minister Eduardo Cabrita – something Mr Cabrita has repeatedly said he doesn’t agree to.

However it is looking increasingly likely that Eduardo Cabrita’s days are numbered.

Diário de Notícias’ front page yesterday had a large image of the minister with the headline. “Portuguese want Cabrita out of the government”.

The text centred on a poll which showed that 65% of citizens feel he no longer holds the qualities required for his position, while 52% of voters in his own Socialist party “also gave him the red card”.

Very recently President Marcelo has dropped not one but two hints that it’s time for Eduardo Cabrita to go.

image: Shot of CCTV footage aired over SIC television of moment when the three guards charged with Ihor’s murder left the room where he lay, one apparently saying: “He won’t need to go to the gym today…”