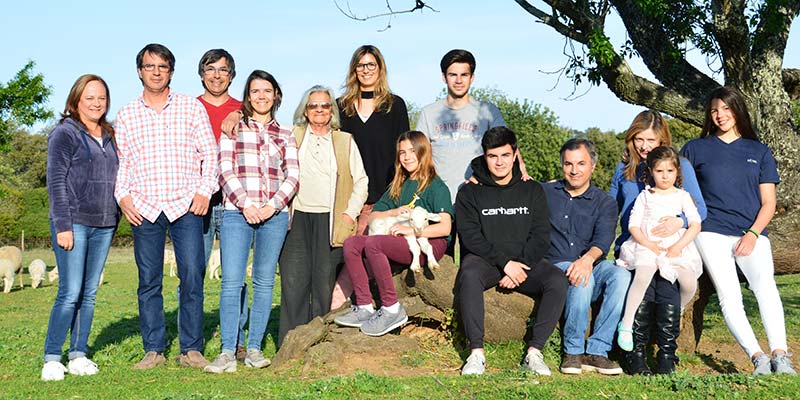 The owners of the Quinta do Freixo and Quinta do Mel estates – located in Benafim (Loulé) and Olhos de Águas (Albufeira) respectively – have announced a €350,000 investment to “expand the estates, diversify their agrotourism activities and rebrand them as one”. The money is being invested throughout 2019.

“We want the public to associate both estates under a unifying image. They are two different names and locations but just one concept,” Luís Silva, an agricultural engineer and one of the people in charge of the family business, told Barlavento newspaper.

Both estates have existed for decades, evolving from agricultural estates to full-blown agrotourism facilities which cover the three sectors of economic activity: primary, secondary and tertiary.

But the owners believe the time has come to take the estates to the next level.

By this summer, Quinta do Freixo will have 16 rooms completely equipped with “noble Algarvean materials” and will open its doors to the public who can enjoy many activities, including sheep shearing.

“We shear during the months of May and June. The idea is that anyone will be able to watch and take part in the shearing process. Then, with the wool we obtain, we create products like socks and blankets which we sell in our stores,” he added.

Another activity that is bound to attract attention is the production of Medronho firewater (aguardente) at one of the family’s distilleries currently being renovated.

Also in the works is the launch of a new events area, which can be used for everything from team-building activities to yoga sessions.

“We are open to ideas,” said Luís Silva, who also revealed a plan to install a photovoltaic park at the property as a way of “investing in renewable energies”.

At Quinta do Mel, the owners are planning to present a new “Mediterranean Diet-inspired menu” with traditional Algarve dishes made with ingredients produced at the family’s estates.

The gastronomic experiences offered at Quinta do Mel are open to both the estate’s guests and residents alike, with the restaurant open every day of the week for breakfast, lunch and dinner. There is also a gourmet shop.

And for those interested in visiting the estate and learning more about it and the products produced there, a tour led by Luís Silva takes place each Thursday at 10.30am.

The estate’s name Quinta do Mel comes from the fact that Luís Silva started producing honey (mel) in 2000. Products were then sold, after just two years, at prestigious stores like El Corte Inglés in Lisbon and Harrods in London.

Both Quinta do Freixo and Quinta do Mel have been owned by the family since the 19th century when they were purchased by Silva’s grandfather, António Provisório. Almost everyone in the family is somehow involved in the business.

Silva told Barlavento he is very proud of his family’s legacy and the respect that his grandparents obtained from the local community.

“Everyone greatly admired my grandmother (Dona Antónia), who owned Quinta do Freixo, because in the 1950s when people lived in poverty and many chose to emigrate to survive, she employed staff even when she did not need to. She had over 100 employees but not enough work for all of them. She simply wanted to help them,” he explained, saying she was known “for her good heart”.

He also told the story of how Dona Antónia’s workers helped prevent anyone from taking over Quinta do Freixo during the Carnation Revolution, when many estates were appropriated.

“It was thanks to them that she was able to keep her land which has stayed in our family until today,” Silva concluded.

And that is why there is a square called ‘Pátio Dona Antónia’ and a street named ‘António Provisório’ in Benafim, added a proud grandson.