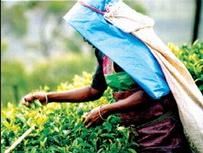 WITH THE unfolding tragedy in the Middle East dominating the headlines, it would be easy to have missed reading about the breakdown of world trade talks in the so-called Doha Round.

The major nations and trading blocs across the globe have been discussing freeing up world trade for around five years – with a deadline for initial agreement set at the end of July. The idea was that the wealthier nations would take the lead in opening up their markets: they would, in principle, reduce their tariffs on imports arriving from the less developed countries, and also reduce subsidies on exports to them. The resulting increase in world trade would help the poorer countries in particular, however, the deadline came and went with no agreement by anyone to reduce anything.

The EU, and indeed many of the other major participants, blamed America for not cutting farm subsidies enough. America blamed everybody but America. Ultimately, all parties are to blame, and all parties are the losers in consequence.

But while the politicians continue to bicker and blame each other, the problems of global poverty remain. The question is, can the people deliver where the politicians have failed? The answer, to a limited extent, is yes.

A year ago, I was invited to speak at a World Trade Justice event in the West Midlands that was promoting Fairtrade products. The idea is that, by paying money more or less directly to the producers in the countries concerned, the producers can get more money, because the middle-man is cut out. Fairtrade products aim to do just that. As the only West Midlands MEP with a seat on the joint EU-ACP (Afro-Caribbean Pacific) Parliamentary Assembly, it is a subject close to my heart.

Almost one year later, I was invited last month to attend the presentation of a special award to the City of Worcester recognising it as a Fairtrade City. That means that a defined number of retailers and caterers in the city have agreed to stock a range of Fairtrade products, and that the council has thrown its full weight behind the initiative. There was an excellent speech by the mayor, and a good range of Fairtrade refreshments including excellent tea and coffee.

Other towns and cities in the region are working keenly to achieve a similar award. It is a concept that is growing fast throughout the UK, and I hope will catch on progressively in other countries too.

Of course, such an initiative will never be more than a small contribution in the battle against third world poverty. But it is a positive step, available to people who care. And it is one step further than national governments seem prepared to take.