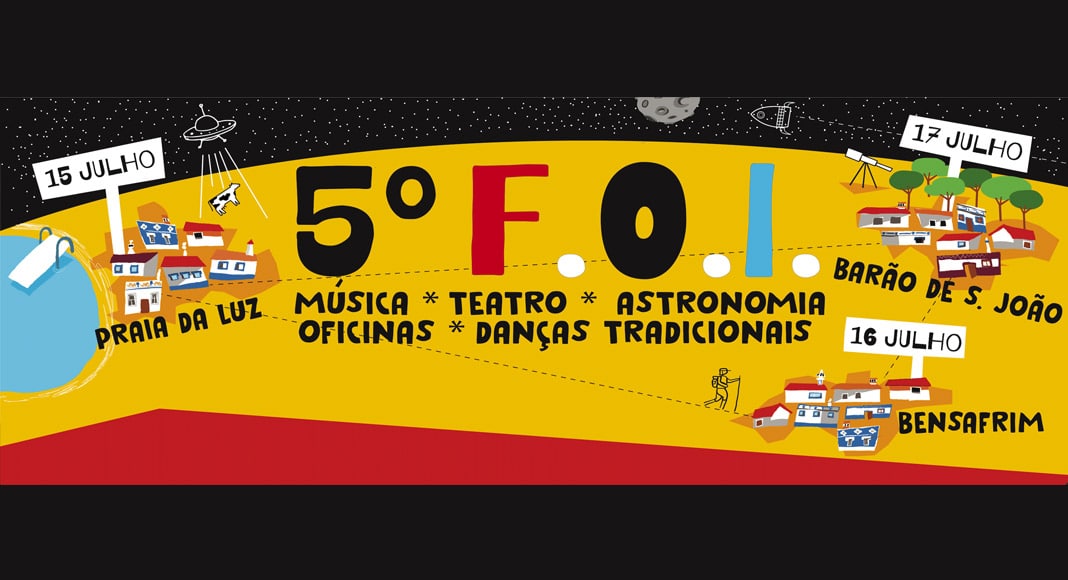 Concerts, stargazing activities, theatre performances and workshops are all part of the fifth edition of F.O.I. – previously known as Festival Out-(In)VerAno – which will take place in Praia da Luz, Bensafrim and Barão de São João in Lagos between July 15 and 17.

Organised by cultural association Questão Repetida, the event strives to “decentralise culture” in Lagos and the Algarve by “pitching a three-day programme of activities based on the trilogy of Arts, Astronomy and Heritage, and the dichotomy of Lagos, Sea and the Land, Inland and the Coast.”

Eva Ribeiro will begin the festivities with her show ‘Pimpinella’ at 8pm on Friday, July 15 in Praia da Luz, followed by a jazz concert at 9pm at Luz fort.

The festival will move on Saturday, July 16 to Bensafrim, where Eva Ribeiro will again present her ‘Pimpinella’ show at 10am followed by a visual arts workshop at 5pm, a theatre show at 7pm, a musical performance by Vânia Couto at 8pm, a new circus show at 9pm and a stargazing activity at 10.30pm at Barragem da Bravura.

Barão de São João will host the closing day festivities, starting with a marionette workshop at 5pm and a marionette performance at 6.30pm, a live play at 7.30pm, a traditional dance at 8.30pm, and a stargazing session at 10.30pm.

Tickets are available online at www.ticketline.pt, ranging from €2 to €5 depending on the activity.