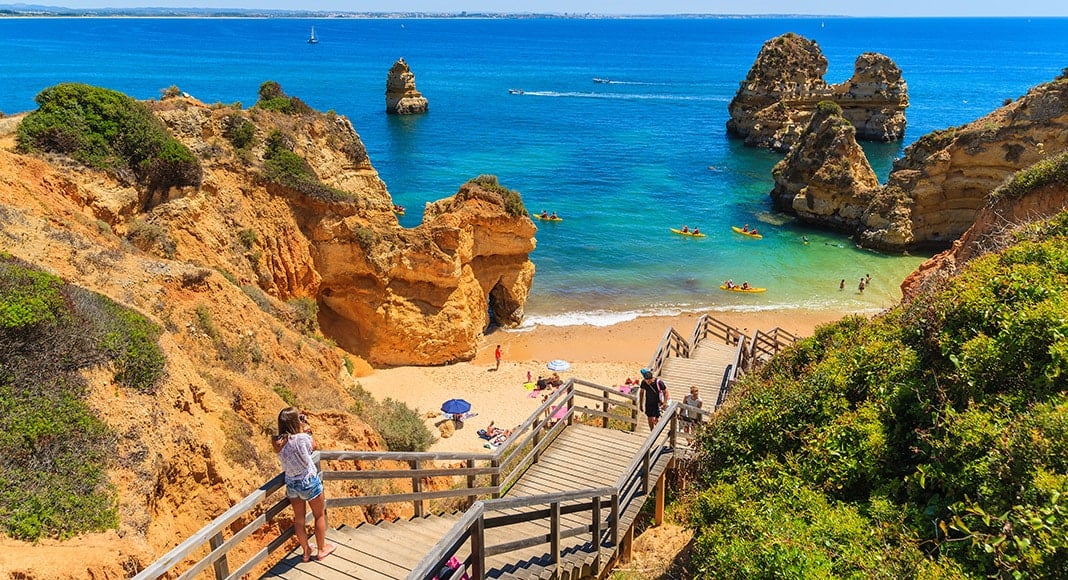 Monday saw another half million people return to work as phase two of Portugal’s deconfinement got underway not with a bang but a whimper.

Crèches, cafés and restaurants reopened their doors, but as much as politicians tried to ‘encourager les autres’ by posing for chummy photo calls round café tables, it was a muted return to business.

Most parents chose to keep their children at home – at least for another two weeks (at which point State support paying them to do so runs out) – while many restaurants and snack bars, even those made up of outside esplanades, chose not to open at all, presumably trying to stick it out until restrictions ease.

For now, all food and beverage outlets are working at 50% capacity, with a daunting list of sanitary demands.

Prime Minister António Costa has stressed that this 50% rule should last only until the start of June.

Then he hopes figures coming through on the rate of infections will allow businesses to go back to full quota.

It is then that the real effects of this crisis will have started to make themselves clear. The country that relies massively on tourism will be entering the ‘high-season’ with barely a foreign traveller in sight.

But this is also where negotiations busily ongoing behind the scenes are focused on easing the pain.

Britain – arguably Portugal’s largest tourist market – is still telling its citizens that they shouldn’t take holidays abroad this summer and, if they do, they will face a 14-day quarantine period when they return home.

This may not, in fact, be what happens: numerous European countries are now mapping a path towards a mutual reopening of borders. Britain appears to be among them.

For now, Germany, Austria, Italy, Greece, Spain, Cyprus, Croatia, Bulgaria, Malta, Slovenia and Portugal are all laying the groundwork for the formulation of measures that will allow the free circulation of citizens once again.

The initiative came from Germany, explains Rádio Renascença, which adds that Germany has also been in “bilateral negotiations with France and Great Britain”.

The focus is on “guaranteeing a good coordination with European countries that are privileged touristic destinations for Germans”, said the radio station.

For now, that’s all we’re being told. The next round of talks will take place in June, at which point, says foreign affairs minister Augusto Santos Silva, “all countries will have a better perception on the evolution of the pandemic”.

No dates have been suggested for this mutual return to free-circulation of citizens, but bearing in mind Spain is due to reopen its borders at the end of June – and airlines like Ryanair have said they’ll be back running at least 40% of their routes from July 1 – it’s safe to say that eyes are on July as being the likely moment when Portugal returns to some kind of ‘foreign tourism’.

In the Algarve, Olhão mayor António Pina in his capacity as head of AMAL, the association of municipalities, has said forecasts are for a third-to-half the usual number of summer visitors.

How businesses that rely on summer tourism will fare is the big question: support from Brussels is by no means sorted. In fact, it is another minefield of problems bearing in mind the Franco-German plan in favour of lump-sum non-refundable aid to countries whose economies have been worst affected by the pandemic (of which Portugal is most certainly one) is being hotly contested by the ‘frugals’ (Holland, Austria, Denmark and Sweden), all of which insist loans are the answer.

PM António Costa has said all along this country can’t take on any more debt as a way of recovering from this kind of crisis – and so the wrangle grinds on.

Meantime, infection rates/deaths and the general ‘Covid’ picture in Portugal continues to inspire ‘confidence’. This is the one emotion political leaders are keen to promote (hence the chummy photo calls, and even some extended bonhomie to the point that PS Socialist leaders have thrown themselves fully behind the re-candidature next year of popular PSD-leaning president Marcelo Rebelo de Sousa).

Set against a wider picture where Europeans have been found to be losing confidence in their leaders, Portugal remains an oasis of comparative calm. People are facing increasing levels of hardship, but there has been little overt criticism of the methods the government is using, either to combat the virus or to try and recover the economy.

Enormous problems remain. Restaurants, for instance – even reopened – are calling for an 11-point list of support measures to get them through until next Easter.

There’s even the call for a kind of ‘lay-off 2’, in which the government would be saddled with continuing to subsidise salaries – and all the while, unemployment rises.

Temperatures too are rising and we’re due for our first mini-heatwave this weekend.

A quick look at the numbers on official DGS sites show how the south has escaped the ravages of Covid-19, even during the colder months. To date, the Algarve has just 356 cases (involving 15 deaths), as opposed to the thousands registered in Lisbon/the North (currently at just over 8,500 and 16,500, respectively).

The Alentejo has fared even better: only one death and just 245 cases, while the autonomous regions of Azores and Madeira have kept infection rates down to the bare minimum (135 and 90 respectively, with not one death in Madeira).

Slowly, slowly this country is inching itself towards some kind of summer.