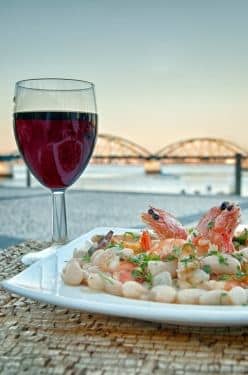 An ongoing port workers’ strike in Portugal is causing severe disruption to the export sector, while fears that several food products will soon be missing from supermarket shelves have already been mooted.

The Federation of Portuguese Agro-Food Industries (FIPA) has called for the immediate intervention of the government to ensure that the issue is resolved speedily.

Operations at national ports have been affected by an ongoing strike over the last two weeks, which is placing the provision of raw materials for the food industry at risk and could lead to product shortages at supermarkets.

According to Portugal Fresh, the association for the promotion of fruits, vegetables and flowers of Portugal, exports of the Rocha variety of pear has seen business volume fall by €2 million in the last two weeks.

Each week, 1,000 tons of the fruit were being exported to Brazil but because of the strike only 15%, or 150 tons, is being shipped.

The President of the National Federation of Fruit and Vegetable Producers (FNOP), Domingos dos Santos, is concerned that Brazilian consumers will start looking for alternatives if they can’t find the Portuguese pear on the market.

“In the Lisbon Port, containers filled with Pêra Rocha are waiting to be loaded and shipped to Brazil. We will now try to use the Sines Port which has resumed operation,” he said, adding that the fruit will need to be re-checked to ensure it has not been damaged.

Since September 17, dockers, mooring service providers, cargo-handlers and port administration workers have been participating in an ongoing protest against a government plan to reduce port expenses by between 25% and 30% and thus encourage more exports.

To achieve this objective, new labour contracts will be written, taxes will need to be reduced and new management models adopted. However, unions believe that, in practice, the new plan will lead to job positions being cut by half.

The Portuguese Entrepreneurial Confederation (CIP) said in a statement that it believes port workers are being irresponsible and goes as far as saying that the government should use legal means to stop the damaging effects of the strike.

Fernando Oliveira, President of the Union of Port Administration Workers, said adherence to the strike is 99%. “In practice, this means that no ships can enter or exit ports in mainland Portugal, Madeira and Azores,” he told Lusa news agency. “The strikes will only end when the government is prepared to negotiate.”

The president of the Institute of Ports and Maritime Transport (ITPM), João Carvalho, said that aside from the economic impact, particularly at the Lisbon Port, the strikes are, above all, detrimental to Portugal’s image.

On Monday, the Santa Apolónia containers terminal was a scene of chaos as, due to limited cargo-handling resources, dozens of cargo trucks were forced to queue up for most of the day, blocking the access road.
1″>news