Two people died in the early hours of this morning when an explosion ripped through an apartment in Machico, Madeira. Three others were injured, one of them seriously. Everything points to the incident being caused by a gas leak. The dead were a man and a woman. Early reports have not explained their relationship to the injured. 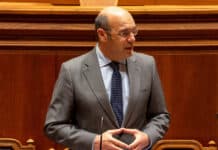