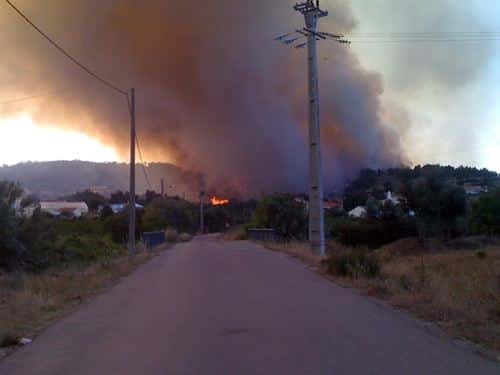 Living abroad for many is a much desired lifestyle. However, according to research, with living costs on the rise UK expatriates are battling against inflation rates that are increasing at four times the rate of those still resident in the UK.

According to the recent Expat Payments Index survey carried out by the British Post Office, the average cost of living for expatriates outside of the UK, and within the euro zone, has risen by 15% in the last year.

The data concluded that more than half of the 900 expats surveyed said that the cost of household expenditure, travelling costs and eating out, had increased by over 10% in comparison to 2011. Of those surveyed, a further two out of five expatriates admitted that they thought prices had risen by more than 20%.

A mere 3.5% of those involved in the research said that they had felt no impact in increased living costs.

The survey indicated that countries worst hit by escalating living costs were Portugal, Spain and Cyprus, with 40% of Britons now living in Portugal reporting year on year rises in living costs of more than 20%.

Nearly 75% of those surveyed said that the value of their home has at best remained static or even plummeted dramatically in the last year, making them reluctant to place their properties on the market.

A further 75% of respondents admitted they are now actively worried about the future living outside of the UK, and that they were going to have to implement significant cutbacks throughout the rest of 2012 in order to continue to afford living abroad.

Joanne Wright from Lagos told the Algarve Resident: “Since the increase in IVA from 6% to 23%. I have found it increasingly difficult to pay my utility bills with no increase in my income, yet more money to pay out every month.

“To make it through this summer, my husband and I have had to cut back on things we used to take for granted, like putting the air conditioning on and keeping our garden irrigated. We have not been able to do these things because we are worried about the next bill coming,” she added.

The Post Office index survey estimated that people transferring funds abroad through various banks are effectively losing £13.17 in charges per transaction, or £158 per year, instead of opting for a provider that does not charge a fee.

Meanwhile, released results of the Food Price Index by the Food and Agriculture Organisation of the United Nations (FAO) found that costs of putting food on the table rose internationally by 6% in July this year, after three months of decline.

On a monthly basis, the Index measures alterations to international prices of food commodities, including those in Portugal.

Last month, the average price of household foods registered at 213 points on the International Index, 12 points up from June.

The FAO believe this sharp rise is due to a surge in grain and sugar prices, as international prices of meat and dairy products were little changed.

Speaking to the Algarve Resident, Michelle Meinert from Vila do Bispo said: “My shopping bills have become extortionate recently. I am finding that I now have to make meals out of different, more affordable products than befor, because we just can’t afford to shop like we used to.

“I now notice that all staple foods I buy have increased in price significantly, such as cereal; and with three growing children, it can be a struggle to make ends meet, so I have to budget what I spend,” she concluded.

With Russia and the USA already sending stark warnings of poor harvest yields this year in grain and soya beans and the resultant harvests being of poor quality, the cost of food – including meat products with the cost of animal feed increasing – seems set to rise even higher.
1″>news