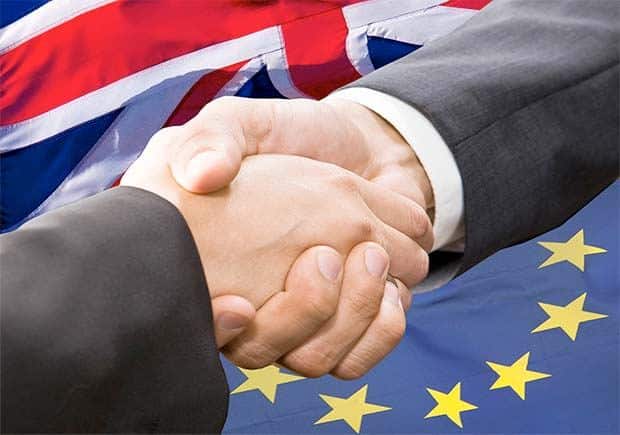 A landmark agreement has been reached in Brexit talks which has cemented citizens’ rights on both sides.

Prime Minister Theresa May and European Commission President Jean-Claude Juncker presented a joint “progress report” on December 8 outlining the key areas of agreement. Focusing on the three priority issues – citizens’ rights, the Irish border and financial settlement – it paves the way for the EU27 to unlock the next phase of negotiations.

So where do we now stand with citizens’ rights and the other key Brexit issues?

The right to remain

Both sides have formally agreed to maintain existing rights for EU nationals settled in the UK and Britons in the EU. “Today, we bring back the certainty,” said Juncker. For Britons resident in the EU today – or who gain residency before Brexit takes place – this means that your right to remain is guaranteed. This also extends to partners and direct family members, even after the Brexit date.

You would, however, lose your permanent residency status after a period of five consecutive years abroad. Britain’s request for onward freedom of movement – enabling Britons to freely move between EU countries – must wait for future negotiations.

While the cut-off point to lock-in the right to remain is currently set for the Brexit date of March 29, 2019, it is unclear if any transition period could extend this further.

So if you are spending time in Portugal and would like the freedom to continue doing so post-Brexit, consider taking steps to secure your residency now. Similarly, if you are thinking about relocating, now is the time to take action, before the rules change. Beyond Brexit, the precise requirements, time and expense required to acquire permanent residency are uncertain.

The UK and the EU27 have committed to continue existing healthcare entitlements after Brexit. This means that:
■ Expatriate healthcare costs will continue to be fully or partially reimbursed by the NHS
■ The Form S1 system will carry on providing free cover for British pensioners and those receiving certain long-term benefits
■ Holders of the European Health Insurance Card (EHIC) remain eligible for free or reduced healthcare when visiting another EU country

While this is reassuring, you may prefer to secure peace of mind by lining up comprehensive private health insurance for your family.

A previous sticking point was how citizens’ rights are enforced by law. As well as freedom of movement and residence, rights include access to healthcare, education and social security benefits, and also employment issues like working conditions.

While the EU27 maintained that citizens’ rights must be protected outside national jurisdictions through the European Court of Justice (ECJ), Theresa May insisted on sovereignty for British courts.

Mrs May still demands that EU citizens living in the UK have their rights “enshrined in UK law and enforced by British courts”. However, she has now agreed to allow an eight-year oversight role for the ECJ up to March 2027 – a significant compromise in securing EU27 support. For UK expatriates, it represents more scope to invoke British legal protection while living in the EU.

Initially, Prime Minister Theresa May offered to pay around €20 billion up to 2020, falling short of the EU’s expectations. However, in late November, she agreed to fully honour Britain’s financial commitments – estimated at around €40-60 billion – to acquire the go-ahead to progress talks.

The Prime Minister has now presented a solution to satisfy the key players regarding this problematic issue. She promised no hard border between Northern Ireland and the Republic while confirming that the whole of the UK, including Northern Ireland, will leave the customs union.

At the EU summit on December 14-15, the EU27 are expected to formally agree that “sufficient progress” has been made to trigger the next phase of Brexit talks. EU chief negotiator Michel Barnier indicated that next steps would be to discuss a transition period before tackling the future trade relationship. But there is still much to agree.

In the meantime, nothing changes for expatriates in Portugal. If you are resident here before Brexit, you and your family have the right to stay permanently and continue accessing the benefits you do today. Your tax treatment should stay the same and, as things stand, you can still transfer your UK pensions without penalties. New residents in Portugal can also continue to apply for and enjoy tax advantages from the non-habitual residency (NHR) scheme.

However, you could benefit from reviewing your financial planning and exploring your options before any changes take place. A locally-based adviser with cross-border expertise can help you secure financial peace of mind and prepare for Brexit developments that might affect you.

Blevins Franks accepts no liability for any loss resulting from any action or inaction or omission as a result of reading this information, which is general in nature and not specific to your circumstances.