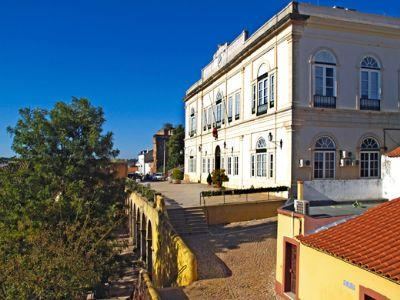 Eloise Walton is a graduate from Bristol University with a degree in Archaeology and Geology. She moved to the Algarve in 2005 and came to work for the Algarve Resident as a journalist in 2007.

Registering to vote in local elections in Portugal – a quick and simple process – enables residents to have their say on local issues in their council, be it on roads, education or even new developments.

Nationals of EU countries such as the UK, Ireland, Germany, France and Holland, among others, are entitled to vote in Portugal’s local elections later this year as long as they have a valid “residência” or document that proves that they live in Portugal.

Non-EU nationals who have lived legally in Portugal for more than three years are also entitled to register.

Macário Correia, Tavira Câmara President and candidate for Faro council this year, said that a significant amount of foreign residents in his council have already registered to vote (see the Algarve Resident edition, June 19).

“I encourage foreign residents to vote and become involved in the politics and improvement of their local area,” said Macário Correia.

“I don’t see why there cannot be British or other nationalities as Junta de Freguesia or Câmara Presidents in the Algarve as there are in Spain.”

What you have to do to be able to vote

To vote in local elections, which includes choosing a candidate for the Câmara, parish council (Junta de Freguesia) and municipal assembly, residents must first register by completing a process known as recenseamento eleitoral.

This process can be carried out at the Junta de Freguesia until 60 days before the local elections are due to be held, which this year is expected to be in October, although it is recommended that residents register before the end of July.

Registering is free of charge and simply requires residents to present their residency card and passport and fill out the necessary forms.

The country’s Prime Minister, José Sócrates, represents the socialist PS party, which was founded in 1973 and holds centre left beliefs.

It currently holds the majority in parliament with 121 MPs out of 230.

His main rival for the general elections this year is social democratic party (PSD) candidate Manuela Ferreira Leite, whose party was founded in 1974 and was once led by the current President of Portugal, Aníbal Cavaco Silva.

Founded in 1998, the BE is a left-wing party that came about from the joining of several smaller parties with Marxist and Leninist beliefs. Despite not assuming the leadership, Francisco Louçã is the most prominent figure of the party.

The CDS-PP is the most right-wing party represented in parliament and was founded in 1974. The party defends traditional family values, more subsidies for war veterans and the market economy. The current leader Paulo Portas is widely supported in the rural regions of northern Portugal.

Portugal’s communist party, PCP, is the oldest in parliament, having been founded in 1921 before the Salazar dictatorship and was the only organised clandestine resistance against the regime.

It is currently led by Jerónimo de Sousa and is widely supported in rural Alentejo and the industrial suburbs of Lisbon.

Finally, the green party PEV is the youngest represented in parliament, having been founded in Portugal in 1982. It now has two MPs who concentrate on environmental issues.

Although foreign residents are not permitted to vote in the general or presidential elections in Portugal, the majority of candidates for local elections in councils represent one of these parties, and each council will normally have a PS and PSD candidate.

To find out more about the political figures standing for election in your council, please contact your local parish council or Câmara and see future editions of the Algarve Resident for further developments on this subject.

Key phrases in Portuguese about the elections:

Who are the candidates for elections this year in my council? – Quem são os candidatos para as eleições autárquicas este ano no meu concelho?

On which date will local elections be held? – Qual a data das eleições autárquicas?

Where is the poling station? – Onde será a sala de votos?