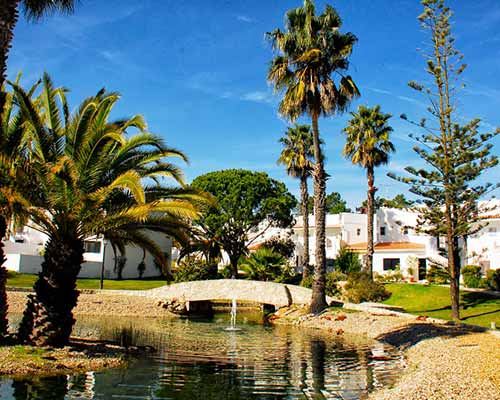 The long-running battle for fair-play by British expats over “exorbitant water charges” in Loulé reached a new low over New Year, with the water authority allegedly engaging police so that they could cut off one of the most determined campaigners from his water supply.

Seventy-six year old Tony Cooke had been parking his wife’s car in front of the couple’s property’s water meter to stop water company Infralobo from getting their hands on it.

As the Resident reported in November, Infralobo began cutting people off their supplies for failure to pay the “bed tax” introduced on properties’ water bills.

The tax in some cases has increased people’s monthly bills by €150 – thus it is no surprise that scores have found it hard to swallow.

Retired accountant Cooke is one of a number of expats living in the communities of Vilas Alvas, Vale de Garrão and Quinta Jacinta who have engaged lawyers to fight the cause – but no court seems prepared to deal with it.

In the meantime, the battling expats have “protected themselves” in the legal sense by paying all their water charges, minus the reviled ‘bed tax’ since April 2014 (when the tax was first introduced).

They were under the impression this would secure their water supplies while the issue was dealt with judicially.

But when Infralobo began cutting supplies, irrespective of the fact that people had actually paid for the water they had consumed, Cooke opted for what he admits was a Wild West approach.

“I parked my wife’s car up against the meter, so they couldn’t get to it,” he told us at the time. “It is horrible having to live like this. We are literally living in fear that our water will be cut off if we move the car. But the alternative of giving in to these totally outrageous charges is just not viable. We simply cannot afford them.”

Cooke’s “last stand”, however, ended in a double-dose of grief just after New Year.

The car blocking access to the couple’s meter was mysteriously hit by a driver who then made off, and the same day, police turned up to fine Cooke for illegal parking.

“They told me that they had received a complaint by Infralobo, and that I had to move my car immediately,” he explained.

Receiving a €60 fine, Tony Cooke is also faced with an €800 bill for the damages caused to his car.

And within hours of the police arrival, Infralobo was on hand to finally remove the couple’s water supply.

“One of the men said in perfect English: ‘We don’t care if you go to the press’ … And they clearly don’t. This water company appears to be a law unto itself,” said Tony’s wife Christine, revealing the company returned the next day to remove the meter they had on a next door garden plot.

“We have paid all our water charges”, she stressed. “And the garden plot has no bedrooms. It doesn’t even have a building on it!”

Determined to expose the bully-boy tactics, the Cookes have since emailed written complaints to water regulatory authority ERSAR and the GNR.

As they said in their emails: “We consider Infralobo’s actions to be illegal and inhuman as no household can live without the supply of water”.

ERSAR has been trying to fight the householders’ corner since the outset, but as a source told us before Christmas, its powers are not sufficient to force Infralobo to change its policies.

As for Infralobo, it has refused to talk to the press throughout this story.

Owned in part by Loulé Council, this too has been reluctant to be drawn on our questions, telling press spokespeople to “put nothing in writing”.

Efforts by the householders to get a more international focus on their plight are ongoing.

National paper Expresso covered the issue last year, and hopes are that it may be interested in this latest “disgrace”.

Certainly that is what the householders are hoping for, as, for the time being, many have either opted to leave the country or radically reorganise their lives.

In Tony and Christine Cooke’s case, they are buying lots of five litre bottles of water, and washing and showering at the local gym.

“For people of any age, this would be a terrible stress,” explained Tony. “But when you are retired, it is really the last thing you expected.”

Christine put it another way. “If we were migrants or refugees and we were being treated like this, it would be all over the newspapers…”