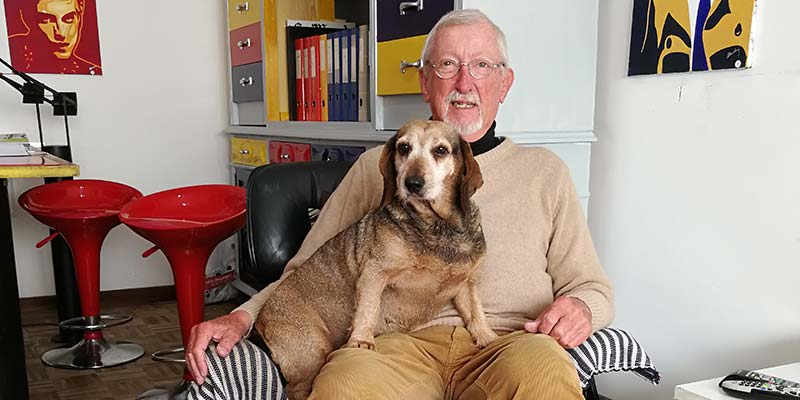 ‘Expressions’, an exhibition of works by self-taught Belgian painter Herman Martien, is on display until March 30 at the Maria Nova Lounge Hotel in Tavira.

Martien, who passed away in February in Faro, chose the Algarve to live out his retirement and called Tavira his home for around 18 years.

His love of painting started very early when his father provided refuge to a famous Polish artist in the attic of his house during the Second World War.

Later in life, he earned a degree in Engineering and Architecture and married his wife, Claudine Van Hecke, at the tender age of 21. Martien went on to work and travel all over the world, including Sweden, Congo, Belgium, Beirut, United Arab Emirates, Saudi Arabi and Australia.

According to a press release from the hotel, the couple discovered Tavira “by chance” and fell in love with the town, moving here around 18 years ago.

The exhibition, which “showcases the colours of the world he knew and the expressions of the faces he saw”, is open to the public every day until Saturday, March 30 from 7.30am to 12pm.