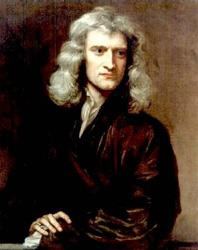 WHAT GOES up must come down, said Sir Isaac Newton and, to be fair, he was mostly right. Think of tennis balls and frisbees and you will be proven right every time – unless they get stuck in a tree, which is what always happens to mine.

But there is an environment where Newton’s Law doesn’t always apply – a place where the laws of physics can be turned on their head and where the laws of gravity are sometimes even inverted. It’s called the foreign exchange market and it directly affects almost every overseas property buyer.

All too often, overseas property buyers will end up paying more for their new home, just because they are unaware of changes in the exchange rate. In order to avoid this kind of unwelcome cost increase, a good starting point is to accept that no exchange rate can move in one direction forever. An exchange rate that goes up will eventually fall again as per Newton’s Law, but the drop may not necessarily match the magnitude of the rise. The sterling-euro exchange rate, when charted from December 2004 to July 2005, is a great example of this.

On December 29, 2004, the exchange rate stood at 1.4020 euros. It rose up to 1.5125 euros by June of 2005, but, rather than falling all the way back to 1.40 euros, as would be the rule under Newton’s Law, it fell from this high to hit 1.4280 euros by July 20 and promptly rose again. At the time of writing, it is still four cents below the June high and five cents above the July dip. Incidentally, the short-term trend at the time of writing is gently upward.

So the twist to Newton’s law when it comes to currency exchange rates is that what goes down very often comes back up again.

Sadly, these rules, as with so many truisms, are only accurate when they work. With so many factors directly impacting upon currency exchange rates, identifying the exact reason for a particular movement is usually a matter of opinion rather than hard cold fact.

In the current market, higher oil prices, fluctuating interest rates, German politics, US budget deficits and reduced UK growth prospects are all calculated into the exchange rates along with a multitude of other factors. Currency fluctuations happen because, at any one point in time, traders are expecting or interpreting news events, political statements or data releases and acting to take advantage of the news – ideally before the facts become common knowledge.

Add to this melee the fact that the currency market is dominated by speculators and you can start to see how the ebb and flow of currency movements develops.

Anyone who did buy and sell at the levels mentioned above might have secured a 5.5 per cent gain in a matter of weeks. So Newton’s Law, as it applies to the currency market, is actually a factor of another age old law – that of supply and demand.

What this means to UK based property buyers looking at the European market is that, whether the general trend of the sterling-euro exchange rate is up or down, there will be opportunities to buy euros at relatively advantageous levels. Taking advantage of this piece of knowledge is simply a matter of using the laws of supply and demand and making Sir Isaac’s apple bobbing techniques work to your advantage.

You will also find that having a specialist currency dealer on hand to interpret the detail makes balancing the influence of the various factors a lot simpler. While you won’t actually manage to defy gravity, short-term levitation is just about possible. We call it buying at the right time.

• David is a Currency Dealer with Halo Financial Ltd, delivering competitive exchange rates and a personalised service to help private clients throughout Europe save time, money and hassle on their foreign exchange. David Johnson can be contacted via e-mail at david.johnson@halofinancial.com or by telephone on 0044 (0) 207 350 5474.