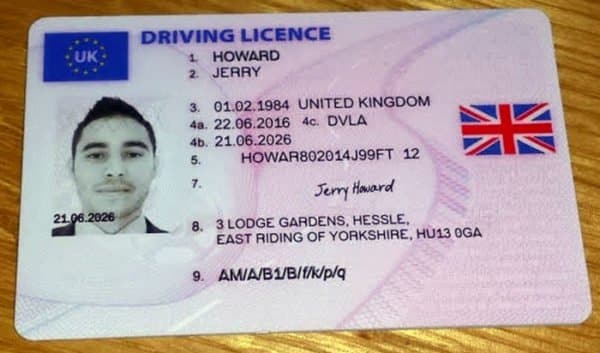 Facebook
Twitter
WhatsApp
Pinterest
Linkedin
The government’s recent announcement about supposedly now recognising foreign driver’s licences is very misleading and does not begin to address the real issues.
That people from certain countries do not need to exchange their driver’s licence and can continue to drive on their “home” country driver’s licence, provided it is still valid and the bearer is not more than 60 years old, changes very little.
Anecdotal evidence suggests people living temporarily in Portugal seldom bother to exchange their licence. Firstly it would create difficulties when returning to their home country and they also return “home” regularly enough and maintain an address there to simply renew their driver’s licence when required. If you are on vacation in Portugal you are not required to change your licence and talk on the street suggests that is what many people do even if they stay rather longer than for a vacation.
The real problem, the one that is not being addressed at all by the government, IMT and Portugal’s media, is exchanging foreign driver’s licences for those who are delighted to now call Portugal their permanent and only home. There is no “home” country to return to in order to renew a licence and sadly it has become virtually impossible to exchange a non-EU driver’s licence in Portugal.
For decades Portugal had agreements such as the 1949 Convention with many countries to “recognise and exchange” the driver’s licences of people moving from those countries to Portugal. Despite Portugal’s supposed recognition of those foreign licences there are bogus hoops to jump through, paperwork to provide at a cost, medical tests and more and then this all has to be submitted on the IMT website. There is no telephone to call for help with the process and the IMT office in Faro is closed apparently still due to COVID.
Even if you are successful in navigating the requirements on the IMT website but you later need to add another document, it is not unusual to discover that you can no longer access your original application. It is also not possible to start another application because the “system” recognises you already have an application in process.
If you are lucky enough to access an email address for IMT that is no help either because nobody bothers to respond.
There are people who applied to exchange their foreign driver’s licences on the IMT website 10 months ago and there has been no further progress. Just how long does it take Portugal to exchange a recognised foreign driver’s licence? Is it in a queue at IMT or not? Was the application lost at IMT? Will IMT still respond? Who knows!
If Portugal is unable to cope with the volume of requests to exchange foreign driver’s licences then what was the recent announcement for? There was no mention of increased capacity to eliminate backlogs. If Portugal is not planning to put any measures in place to provide a credible process for the timely exchange of foreign driver’s licences it would perhaps be better to state this up front.
Tell people who are looking to settle in Portugal permanently that they will only be able to drive as a visitor for a certain period and will then no longer be allowed to drive here. Admit that agreements such as the 1949 Convention from decades ago are no longer honoured by Portugal. Those who still want to come will do so knowing what the rules of the game are and will not become frustrated and spend a lot of money on trying to “exchange” a driver’s licence that Portugal has no intention of exchanging.
IMT plays an important role in the impression it gives of this beautiful country. Sadly IMT is currently promoting a negative image with widespread inspection centre corruption, the massive number of customer service complaints registered on the Portal da Queixa and IMT’s refusal to comply with international agreements to recognise and exchange foreign driver’s licences in a timely manner. Perhaps it is time for the government to implement management changes at IMT.
In the meantime, what advice does the government have for immigrants who long ago applied in good faith to legitimately exchange their foreign driver’s licences but are being deliberately obstructed by a rogue government agency that refuses to honour Portugal’s international obligations and agreements?
Regards,
We request our names be withheld due to fears of retribution.