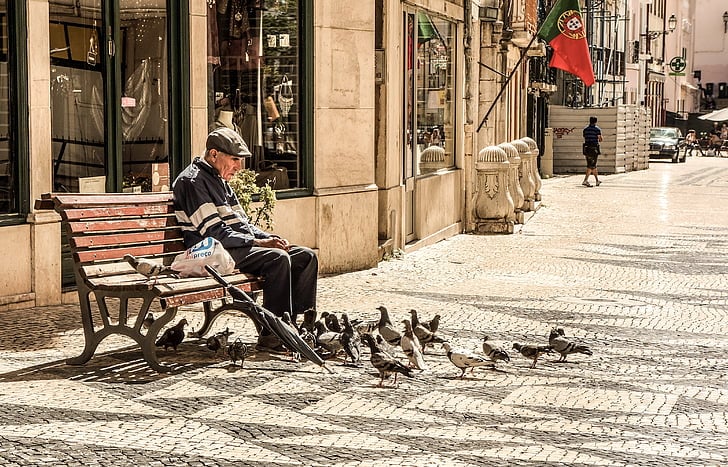 Increase in mortality in babies under age of 1 climbs 38%

So far, July has been the most deadly in terms of mortality for the last 10 years.

This is the news in tabloid Correio da Manhã today, while other news sources concentrate on excess mortality in the oldest age groups, which, they explain, has led to a “rejuvenating of the age structure in Portugal”.

CM seeks to blame the situation on the hot weather. The paper says “there haven’t been as many deaths in July since 2013, when there was a heatwave during the months of June and July.

During the first nine days of this month, eight babies died – while already this year 127 babies under the age of one have died. Last year in the same period the total was 92. In other words, 2022’s figures so far represent a 38% increase.

Since the start of the year, 66,876 people have died (only 5,326 from Covid-19), explains the paper, saying this translates into an increase of 2,000 deaths (unrelated to Covid) on totals for last year.

A new report produced by the national health council (CNS), entitled “Covid-19 pandemic: Challenges for the health of the Portuguese” – and due to be presented in parliament today – explains that 2020 saw 12,000 ‘excess deaths’ compared to median figures for 2016-2019.

“This excess in mortality began in March 2020, continuing throughout the following nine months of the year – and then during the months of January, February and July to December of 2021, albeit with less expression”, says the document.

“If 80% of the cases of infection registered occurred in individuals under the age of 65, 93% of Covid deaths affected the older populations (over 65, with special emphasis on the over-85s), the report continues. (And, as television commentator Luís Marques Mendes agreed last night, many of these people will have been vaccinated against Covid-19).

“Births and fertility could have been affected by pandemic”

This is another aspect of the CNS report: births and fertility “may have been, or could come to be, affected by the pandemic”.

The council comes to this conclusion on the basis that birth rates are falling, and this ‘could be’ due to the “fear of the pandemic, the economic and social restraints of families, difficulties of the younger population accessing the kind of conditions in life that would allow them to be autonomous and give perspectives of a project of procreation”.

Portuguese schools were most penalised in Europe

The report also looked at education, finding that compared to other countries, Portugal is the one that “adopted the most severe policies in this area, without any real scientific evidence that supported them”.

According to the OECD, in 2020-2021, schools in Portugal closed for around 100 days, (discounting weekends, Bank Holidays, etc), compared to closures in other countries (Spain, Belgium, France, for instance) which amounted to just 50 days.

The CNS document will be presented to a session at the Republican Assembly today, destined to “analyse the impact of the pandemic on socio-demographic indicators, mental health of the population and provision of health care”.

Meantime, on the basis that more people are dying because of the heat, CM points out: “With the forecast by the Institute for Sea and Atmosphere for continuation of the heatwave for the next few days, it is probable that mortality will increase in Portugal” even further.