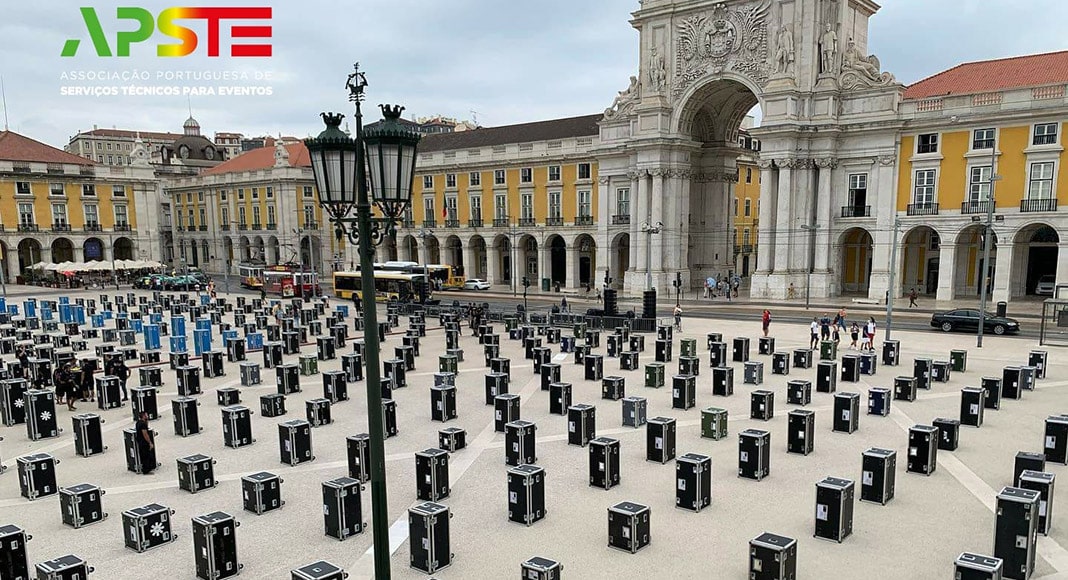 The sense of raw desperation felt by so many freelancers whose lives have been affected by the pandemic was conveyed in a stark series of nouns and adjectives projected across one of the façades of the 18th century buildings: ‘anguish, apathy, abandon, loneliness, oblivion, despair”

Covid-19, the lockdown and the cancellation of almost every public event has left the sector in pieces.

Indeed, the devastation caused by the virus has seen it form an association (APSTE, the Portuguese association of events technicians), which is now pushing the government for answers.

Over half the firms taking part in Tuesday’s ‘protest’ have no money with which to pay their staff – and many of the people involved have been ‘going hungry’ due to lack of income.

It’s an appalling situation which is almost certainly set to continue.

No-one has been able to tell these people ‘when things will return to normal’.

What has come from the protest is a meeting with the Secretary of State for Commerce in which the association’s demands for an extended period of lay-off and other benefits has taken place.

It is fairly clear that further support will come, but whether it will be enough is the big question.

Covering the protest, the New York Times quoted Salvador Sequeira, a 40-year-old events company who said he remains “unsure when the sector will recover”.

“There are a lot of people without a contract. These people are completely forgotten at the moment. People who work in the sector are going through a very critical situation”, he told the paper.