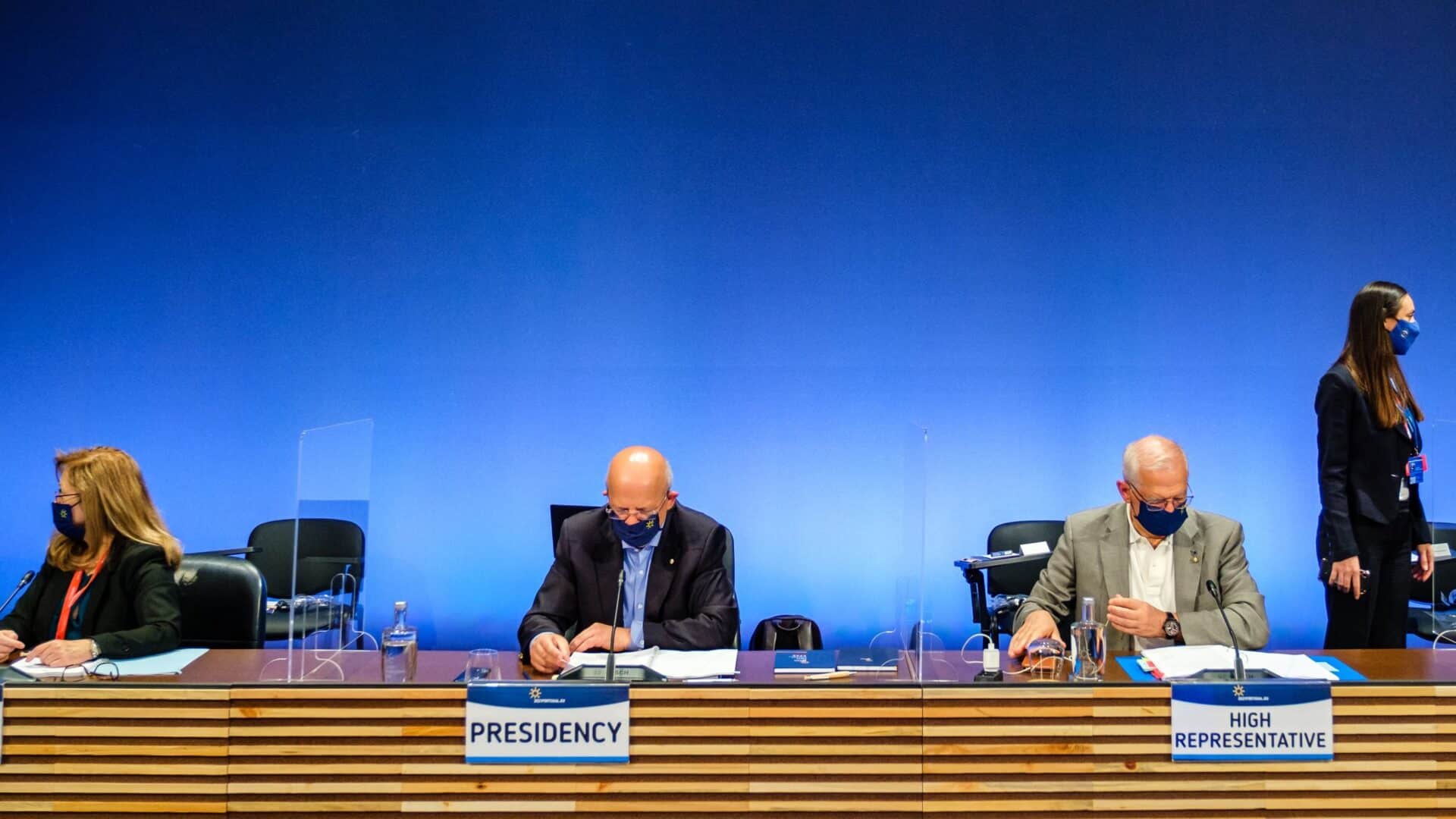 An informal meeting today in Lisbon of Europe’s foreign ministers due to discuss how to apply “economic and sectorial sanctions” against Belarus, following the regime’s ‘institutional hijacking’ of a Ryanair plane in order to detain dissident journalist Roman Protasevich and his girlfriend Sofia Sapega.

Josep Borrell, the High Representative of the Union for Foreign Affairs and Security Policy, said the matter was “important for the meeting”.

International news over the last few days has been dominated by Belarus’s act of State terrorism. A European summit has already agreed to apply new sanctions to the regime led by dictator Alexander Lukashenko, while Europe has essentially banished the country’s airline from its airspace.

Portuguese prime minister António Costa has said the incident ‘crossed all the red lines possible and imaginable’, suggesting the regime “must feel very threatened by internal democratic forces to embark on such an unimaginable act”.

Belarus’s diversion of the plane took place between two capitals of NATO, Mr Costa pointed out, coincidentally as he welcomed NATO secretary-general Jens Soltenberg to São Bento before both set off to Oeiras for the inauguration of the Academy for Cybersecurity.

On Sunday, Portugal’s foreign affairs minister Augusto Santos Silva described the kidnapping of Protasevich and his girlfriend as “an absolutely desperate act” by Belarus – stressing that “all efforts are being made to free these two people detained absolutely illegally”.

Regarding sanctions, today’s meeting is simply a moment for discussions. No formal approvals are likely to come as it is just an ‘informal meeting’. But the idea is to adopt sanctions that ‘hurt’.

Said German foreign minister Heiko Mass: “We want sanctions that significantly pressure the economic and financial  structures of Belarus, in a way that repercussions are felt and the Lukashenko regime understands that the time for dialogue has long since passed”.

Mr Mass added that it “would be important to talk with Russia” as “everyone knows that without Russia and without Russian support, Lukashenko would not have a future in Belarus…”

The 66-year-old dictator, who actually cited Adolf Hitler as a “role model for his presidential system in Belarus, was made the subject of European sanctions after rigged presidential elections last year. Reasons given at the time were ‘violent repression and intimidation of peaceful protestors, members of the Opposition and journalists’. The sanctions include the freezing of assets held by Mr Lukashenko within the bloc, and prohibition to travel in Europe. Member States have decided now to widen the scope and come up with a list of ‘people and entities based on the sanctions framework’ . It is this list, says Expresso, that is now being prepared.

Otherwise, items on today’s agenda, organised by Portugal in its role as head of the rotating presidency of the Council of Europe, are Europe’s relations with Africa, the Middle East situation, unresolved conflicts in eastern Europe and the bloc’s strategy for the Indo-Pacific.

Meantime, President Lukashenko has already responded to the threat of sanctions, saying the West is fomenting a cold war that could lead to a ‘new world war’.

This is the man who told his citizens last year that “no-one will die of coronavirus in our country. I will publicly declare this”.

He said the virus was a “psychosis” and suggested drinking vodka, going to saunas and driving tractors to fight the virus.