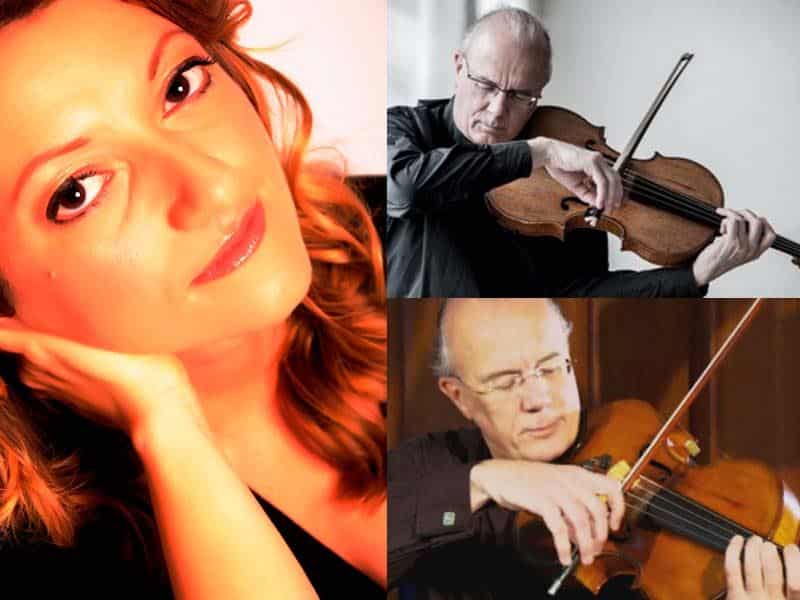 || The 2016 season of concerts organised by the Amigos de Música music association will begin this month (February 16 and 18) with two performances by renowned British viola player Paul Silverthorne and Italian pianist Aglaia Tarantino.

On the first night, the duo will interpret pieces by Beethoven, Schubert, Britten and Brahams followed by works of Tartini, Bowen, Prokofiev and Stravinsky on the second.

Says the association, Paul Silverthorne has just left the London Symphony Orchestra after 25 years as principal viola. He has also been the principal viola of the London Sinfonietta.
In January he took up the post of Professor of Viola at Soochow University in Suzhou, China.

As a soloist, Silverthorne has performed with conductors such as Sir Colin Davis, André Previn and Sir Simon Rattle. He is particularly renowned for his interpretation of new music by leading composers of our time, many of whom have been inspired to write for him.

Aglaia Tarantino is an Italian pianist living in London. As a soloist she has played with several orchestras in Italy, including the Giuseppe Verdi Symphony Orchestra and Piccola Sinfonica in Milan. In addition to solo recitals, Aglaia has performed as a guest artist with contemporary ensembles all over Europe. She is a regular duo partner with flautist Andrea Manco and Paul Silverthorne.

Both recitals will be held at Os Agostos near Santa Bárbara de Nexe at 7pm, with doors opening an hour earlier.