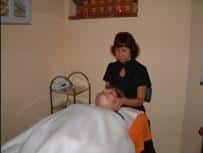 For many of us, the purpose of the European Union has always been primarily about completing a real common market, enabling trade to flow freely between all member states.

Before we joined the EU, the UK was a member of EFTA, the so-called European Free Trade Area. However, this never delivered free trade, which is why we then joined the EU instead. We had discovered that free trade was not just a matter of removing financial tariffs between countries: that was the easy bit. It was about painstakingly negotiating agreements to lower and ultimately remove “protectionist” rules in different countries that had been deliberately designed to keep foreign suppliers out.

There is still much to be done, but this autumn a major stride has at last been taken with final agreement on what is known as the EU Services Directive.

Within EU countries, 70 per cent of business is made up of services rather than packaged goods. This includes such diverse industries as advertising, consultancy, estate agency, tourism and beauty salons to name but a few. It has been small businesses in particular that have been frozen out from providing such services on a cross-border basis – until now.

The new directive bans some of the most restrictive of current requirements. In future, no service provider will be forced to go to the cost and effort of opening a separate office in every country in which it wishes to trade, or to install a local representative. It compels every member state to create a simple ‘one-stop shop’ at which service providers from another country can complete all the necessary registration and paperwork.

Altogether there are 42 new measures to remove barriers and 65 that will positively simplify procedures. UK companies, large and small, have welcomed the agreement. It should bring significantly extra business to companies, at least 600,000 extra jobs for workers and much greater choice for consumers as competition drives higher quality services throughout Europe.

There are many morals to this tale. Firstly, it confirms that EU directives, so often parodied in the press as extra bureaucracy imposed by Brussels, can actually be genuinely beneficial for everyone. Secondly it confirms the important role of the European Parliament in devising such a deal, given that progress was completely deadlocked in the European Council because member state governments simply could not see any route for agreement: it was left to MEPs to find a new way forward to achieve the desired result.

Finally, it is a useful reminder that, while there still remains work to be done to complete the single market, as it is now known, results are secured by negotiation inside the EU. It is slow, tough work, but we are getting there.