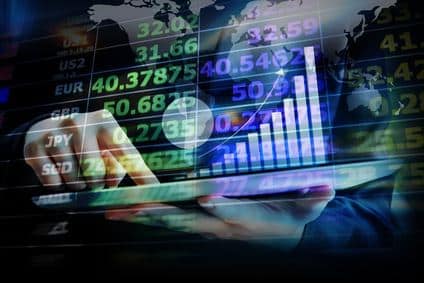 The pound started the year by putting its best foot forward, strengthening by an average of 0.6%, adding a third of a euro cent and nearly one US cent on the first day of trading in 2018. This occurred despite reports of a UK manufacturing PMI of 56.3 against expectations of 58. The IHS Markit report on UK manufacturing did strike a positive note – showing an increase in new business due to export sales and rates of expansion in the sector remaining comfortably above long-term trend rates. Later in the week, however, a shortfall by a much smaller margin on the construction PMI – 52.2 against a forecast of 52.5 – did contribute to putting the pound under pressure. Other factors had already contributed to gathering pressure on the pound during the week, and on Wednesday the pound declined by an average of 0.6%, thus losing all of the year’s early gains.

The euro had a similar experience to the pound, with performance somewhat defying the implication of the stats. Strong manufacturing PMIs were recorded across Euroland, with Germany taking the top spot with a reading of 63.3. France managed 58.8 and Italy 57.4; the overland figure for Europe was 60.6 for December, unchanged from the previous month. Employment stats have also been released; Norwegian unemployment is steady at 4%, Germany met the 5.5% expectation and in Spain it went down by 62k in November.

The US dollar may provide the key to understanding the sometimes counter-intuitive performance of both the pound and the euro. The euro and the pound start the year in technically-interesting situations relative to the US dollar. Both find themselves in major support/resistance zones that could make the difference between a continuation of last year’s trends and a reversal of those gains. Since the euro’s inception the $1.16-$1.20 zone has proved difficult to cross. The euro is now at the top of that range and, apparently, finding it difficult to break higher. For sterling/dollar the equivalent barrier is $1.35: it provided support in 2001 and 2008 but failed after the Brexit referendum. Both the euro and the pound are now on the cusp, at $1.20 and $1.36. The level of political turmoil continuing in the Trump administration and the release of December’s US Federal Open Market Committee meeting minutes this week are doing nothing to help the US dollar, and all eyes are on the controversial tax bill due to be passed this month. The week will conclude, however, with employment stats from the US; nonfarm payrolls are forecast to have risen by 190k.

Across the rest of the world, Canada’s manufacturing PMI was a couple of ticks higher on the month at 54.7. Employment statistics for Canada are due later today; the forecast is a net increase of 1,000. The GDT price index put milk prices 2.2% higher than a fortnight ago after a3.9% drop, giving a brief boost to the New Zealand dollar. On contrast, the Australian dollar struggled to come back from poor trade balance figures and lost value towards the end of the week.