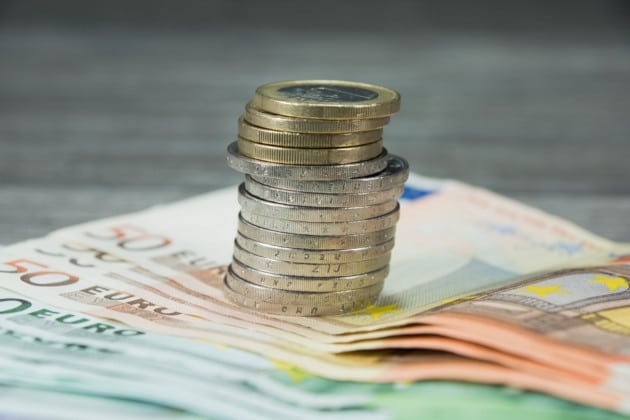 Sterling went into the new year break looking relatively relaxed and came out of it with a hangover. The holiday period was relatively kind to the pound. On the first working day of January it opened an average of 0.8% above its levels on Christmas Eve. But the work had already been done on New Year’s Eve and the pound’s next move was downwards. It was Brexit that did the damage of course. A week or so ago the renewed Brexit debate was something that would take place “next year”. Now it will begin “next week”, which feels much closer.

The UK ecostats which should have mattered to the pound were the purchasing managers’ indices for manufacturing and construction. The first came in at 54.2, higher on the month, above forecast and better than any of the numbers from Europe. Yet investors paid not the slightest attention to the number as sterling slid lower into the new year. On the week it lost a quarter of a cent each to the US dollar and the euro. For calendar 2018 the pound is down by 7.5% to the dollar and 1.5% to the euro.

Economic data were understandably scarce, from the euro zone as from everywhere else. German inflation slowed in December from 2.3% to a provisional 1.7% and Greek retail sales tumbled 4.0% in October. The most carefully-watched data were the finalised manufacturing sector purchasing managers’ indices. Germany and pan-Euroland were acceptable – if not vibrant – at 51.5 and 51.4. France and Italy at 49.7 and 49.2 were below the 50 breakeven line, indicating a slowdown in activity.

The economic narrative from the States has not been unreservedly upbeat. A fortnight ago the president vetoed the bill that would have financed a chunk of government spending, forcing a shutdown of some “nonessential” services. A couple of days ago Apple issued a profit warning, noting that sales had fallen in China as a result of a slowing economy and the trade war. The ISM purchasing managers’ index for the US manufacturing sector came in at 54.1 for December, 8.8% lower on the month: six of the 18 component groups reported contraction in activity.

Looking on the bright side, the House has approved a new finance bill for the president to sign and trade talks are going on in Beijing at deputy minister level. The US dollar has been largely unaffected by all of this. It is a fifth of a cent firmer on the week against sterling and unchanged against the euro. In calendar 2018 it strengthened by 7% against the pound.

It was a constructive week for oil prices, with West Texas Intermediate up by 4.5%, and it was a decent week for the Loonie as well. The Canadian dollar strengthened by a cent and a half against sterling and it added half a US cent. For 2018 as a whole the picture was not so rosy. The Loonie was all but unchanged against sterling and it fell by 7% against the US dollar.

Other than the slightly firmer oil price there was nothing in the week’s data to make a case for the Loonie. The single statistic that did appear was the Markit purchasing managers’ index for the manufacturing sector. It was nearly a point down on the month at 53.8, its lowest level since January 2017 and the report highlighted softer rates of output and new order growth as export sales stagnated at the end of the year. The news had no effect on the currency.

Private sector credit in Australia increased by 0.3% in November, putting it 4.4% higher on the year. The Reserve Bank of Australia’s Commodity Index, an early indicator of export prices, went up by 10.5% in 2018. Those were the only two sets of domestic data and they included nothing with any potential to move the Aussie dollar. The currency was therefore left to react to developments elsewhere, and there were some uncomfortable ones in Australia’s biggest export market, China. First there were the manufacturing purchasing managers’ index readings from CFLP and Caixin, both of which were below 50 and therefore showing a slowdown. Then Apple announced that sales in China had stalled.

Overall, a struggling Chinese economy is held to be bad for the Aussie.

Investors desperate for inspiration might have clutched at the fortnightly Global Dairy Trade index of milk prices, which was up by 2.8%. Few bothered to do so, and no other NZ domestic data were available. With two bank holidays – New Year’s Day and the wittily-named Day after New Year’s Day – and a seasonally illiquid market it never looked as though much would be going on with the Kiwi.

It was external factors that were responsible for the NZ dollar’s movements: slowing growth in China, nervous stock markets, risk-aversion. The overall effect was of downward pressure on commodity-oriented currencies and the Kiwi lost a quarter of a US cent and fell half a cent against sterling. For 2018 as a whole it lost 6% to the US dollar and strengthened by 1.5% against the British pound.