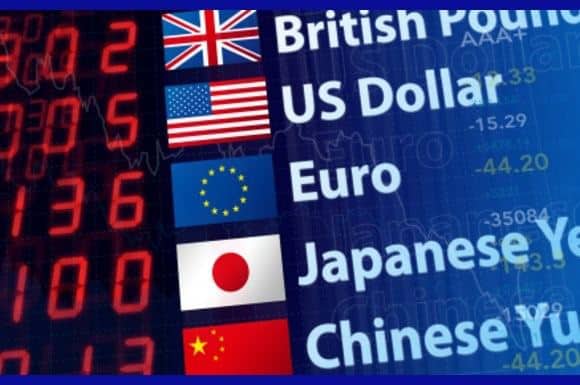 The end of last week didn’t bring much good news for sterling. UK retail sales in January were up by 0.1% from December and 1.6% more than in the same month last year. But were on average lower than they had been in October. This suggests a tightening of household budgets as a reflection of the current economy. A speech from Brexit minister early in the week had little impact on the pound; it appears the market is coming to expect little in the way of detail and is focusing on other factors but there was little news to be found early in the week. Bank of England Governor Mark Carney avoided mention of monetary policy during his speech, concentrating on “Leadership in a Disruptive Age”. A report from Business Insider that the European Parliament is preparing a ‘detailed,’ 60-paragraph resolution which will call for more flexibility in future relationship talks with Britain was welcomed by investors early in the week, despite no official confirmation from Brussels. Borrowing stats released showed that the net repayment in January – a strong month for tax receipts – was bigger than expected. Wage growth at 2.5% and a fall in jobseeker numbers looked okay too but unemployment ticked up unexpectedly to 4.4%. Sterling moved lower after the data came out. The Bank of England governor told Parliament’s Treasury Committee repeated his assertion that because inflation is a full percentage point above its 2% target the Bank will have to increase interest rates. Sterling’s reaction was initially positive but there was nothing new to report and the rise wasn’t sustained.

It has been a quiet week for the euro. Germany released data that showed factory gate prices were up by 0.5% in January alone but there was little else to make the headlines from euroland. The euro remained relatively steady, buffeted only be brief flutters from the pound and US dollar reacting to domestic news.

In the US, economic data at the end of last week show that housing starts, building permits, import and export prices and the University of Michigan’s consumer sentiment index all came in better than forecast. In particular, the provisional Michigan confidence index was up by four points at 99.9, its second-highest level in 14 years. In political news, special counsel Robert Mueller indicted 13 Russians for meddling with the 2016 election and commerce secretary Wilbur Ross proposed punitive taxes on imported steel and aluminium. A key event for the US dollar this week was the auction of US Treasury paper, $258bn of it in maturities of between four weeks and two years. The two-year notes went for a yield of 2.255%, the highest for that maturity since the onset of the global financial crisis. This didn’t directly add value to the dollar but did improve sentiment and that allowed the dollar to add half a cent against the euro. The higher yields also helped to reinforce expectations that the Federal Reserve will increase interest rates at least three times this year.

After asomewhat quiet week due to public holidays in the US and Canada, the Canadian dollar’s main news came at the end of week, when the Loonie weakened to a two-month low against its U.S. counterpart on Thursday after a surprise drop in domestic retail sales supported expectations for the Bank of Canada to leave interest rates on hold next month. Canadian retail sales fell by 0.8 per cent in December from November as a pullback at electronics stores offset higher purchases of new cars. This is in contrast to a forecast increase of 0.2 per cent. Manufacturing sales and wholesale trade also dropped in December.

Reserve Bank of Australia Assistant Governor Michele Bullock didn’t specifically mention monetary policy in a speaking engagement this week. The minutes of the RBA board meeting did nothing to alter the outlook for Australian interest rates. They could move higher in 2019 but no change is expected this year.

In New Zealand, the kiwi dollar did not have a good week. Factory gate prices rose by 1.0% in the fourth quarter. Markets also reacted to an estimate that the renewed Pacific trade deal (TPP) could boost the New Zealand’s economy by up to 1%. According to New Zealand’s Ministry of Foreign Affairs and Trade, the deal could expand the New Zealand economy by up to 4 billion NZD a year, but came with a warning that not signing into the agreement would risk shrinking the GDP of the nation and losing significant ground to competitors. This did nothing to bring immediate assistance to the currency, however, because although Japan, Canada and Australia are moving to sign the deal in March, it will not come into full effect until every one of the 11 countries involved either ratify or pull out of the deal.