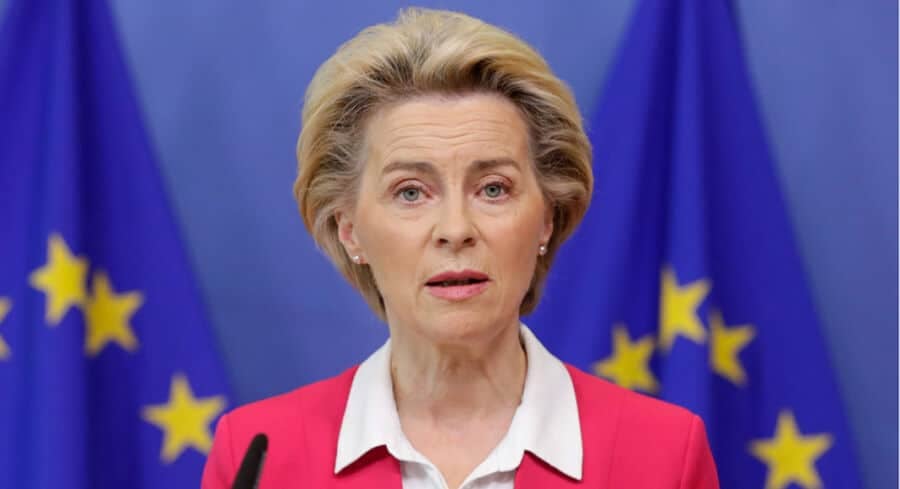 The European Union has threatened to stop Covid-19 vaccine exports to the UK to safeguard doses for its own citizens at a time when it is facing what European Commission president Ursula von der Leyen says is “the crisis of the century”.

Signs of a third wave of the Covid-19 pandemic are emerging and still less than one tenth of the EU’s population has been vaccinated.

“We see the crest of a third wave forming in member states, and we know that we need to accelerate the vaccination rates,” von der Leyen told reporters this Wednesday afternoon.

However, the EC president wants to see “reciprocity and proportionality in exports”.

“We are ready to use whatever tool we need to deliver on that,” she said, adding that “this is about making sure that Europe gets its fair share.”

Added Ursula von der Leyen, “we are still waiting for doses to come from the UK. If this situation does not change, we will have to reflect on how to make exports to vaccine-producing countries dependent on their level of openness. We will reflect on whether exports to countries with higher vaccination rates than us are still proportionate.”

According to the UK’s Guardian, the British government has “repeatedly said it has not imposed an export ban on vaccine components or completed doses, but it did ensure that vaccine doses produced by Oxford/AstraZeneca at the sites in Staffordshire and Oxford would supply Britain first.”

It adds that the EU has been “angered by the refusal of the Anglo-Swedish firm to redirect doses in light of production shortfalls from its European facilities.”
Meanwhile, von der Leyen stressed that the EU is facing “the crisis of the century”.

“We have to make sure Europeans are vaccinated as soon as possible. Human lives, civil liberties and our economy are dependent on the speed of vaccination on moving forward,” she said.