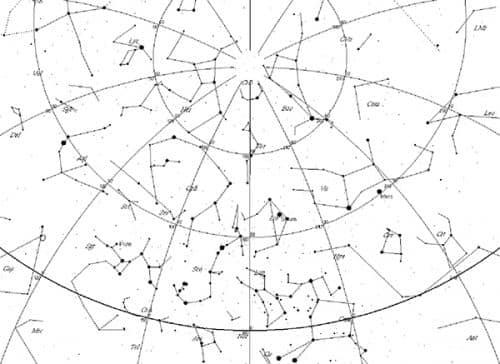 European finance ministers have agreed a deal to give the European Central Bank new powers to police eurozone banks, embarking on the first step in a new phase of closer integration to help underpin the euro.

Following months of tortuous negotiations, finance ministers from the European Union’s 27 countries agreed to hand the European Central Bank the authority to directly supervise the eurozone’s biggest banks, and intervene in smaller banks at the first sign of trouble.

“This will enable the vicious circle between banks and sovereigns which has been a salient feature of the debt crisis in Europe to be broken,” leaders said in a statement following 14 hours of talks.

Cypriot Finance Minister Vassos Shiarly compared the deal to a “Christmas present for the whole of Europe.”

After three years of piecemeal crisis-fighting measures, agreeing on a banking union lays a cornerstone of wider economic union and marks the first concerted attempt to integrate the bloc’s response to problem banks.

“Piece by piece, brick by brick, the banking union will be built on this first fundamental step today,” said EU Commissioner Michel Barnier.

The new system of supervision will be implemented in stages from next year, although Wolfgang Schaeuble, Germany’s finance minister, said that they were aiming for a March 2014 deadline for full implementation.

In a clear nod to Germany, only the biggest banks will be supervised by the ECB as it wields the new supervisory mechanism.

Mr Barnier said that the ECB would directly supervise 200 of the estimated 6,000 eurozone lenders. Only banks with assets worth more than €30bn will be covered directly; likewise a maximum of three per eurozone member state.

Countries outside the union, including Britain and Sweden, are on safeguards to ensure that the ECB could not ram through rules over the heads of non-members.

Disagreements will be handled by a panel at the London-based European Banking Authority.

The plan sets in motion one of the biggest overhauls of any European banking system since the financial crisis began in mid-2007 with the near collapse of German lender IKB. The onus is now on EU leaders, who met in Brussels on Thursday and Friday, to give their full political backing.

In a dramatic about-turn, German Finance Minister Wolfgang Schaeuble ditched his earlier objections that had led him to clash openly with his French counterpart, Pierre Moscovici, last week over the ECB’s role in banking supervision.

With time running out to meet a year-end deadline, both sides managed to settle their differences, and Germany won concessions to temper the authority of the ECB’s Governing Council over the new supervisor.

Agreement on bank surveillance is a crucial first step towards a broader “banking union,” or common euro zone approach to dealing with failing banks that in recent years dragged down countries such as Ireland and Spain.

The next pillar of a banking union would be the creation of a central system to close troubled banks. The decision also sends a strong signal to investors that the euro zone’s 17 members, from powerful Germany to stricken Greece, can pull together to tackle the bloc’s problems.

Eurogroup president Jean-Claude Juncker welcomes a deal to give the European Central Bank new powers to supervise eurozone banks. Getting an agreement on the first stage of a banking union is a victory for the EU and represents a bold step towards pooling sovereignty.

“This is a global answer to the euro area as a whole and to the European Union as far as others are interested in the mechanism,” Mr Juncker said. “I think this is good news because it is providing guarantees for banks, for customers and for states.”

Mr Juncker was speaking as eurozone finance ministers arrived for a Brussels meeting of the Eurogroup where they are expected to discuss Greek debt.