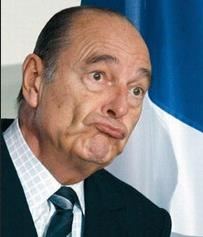 THE FIRST major European Council held during the German Presidency secured a breakthrough agreement across Europe on the importance of combating climate change.

Member states agreed unanimously on a set of binding targets that will reduce their carbon emissions significantly. They have committed to reduce greenhouse gas emissions by 20 per cent (of 1990 levels) by the year 2020, and to increase the proportion of renewable energy to 20 per cent by the same date – as firm and binding targets. The challenge now is to make this happen.

Although agreement was complete among the heads of government from all 27 countries, admittedly after some robust discussions, that didn’t stop a certain national newspaper suggesting that this was another diktat from Brussels, with the huge headline “EU switches off our old light-bulbs”. I do wish people would realise that the EU is not “them” – it is “us”.

The EU is not some alien body instructing its members what they must do. It is a forum for collective agreement with member states calling the shots. But it is one thing to call the shots, and something else completely to deliver them. None of the details have yet been agreed, and there are at least two huge barriers along the way.

One is to determine how the overall EU targets should be broken down by each country, as so often, certain countries believe that it is up to the others to try harder. President Chirac, for example, insists that France’s reliance on nuclear energy means that she pollutes less in the first place and should have a lower target. Finland already gets nearly 25 per cent of its energy from renewable sources, well ahead of the new EU target: why should she be expected to do even more? Meanwhile, some of the newer, poorer members from Eastern and Central Europe have a greater problem with pollution, but are less equipped to deal with it: they are asking to have softer targets too. If some countries are permitted to do less in future, that means other countries have to do more to compensate – and so far there are no takers.

Another challenge is how to ensure the costs of energy to EU companies, in general, do not go up too sharply versus our competitors, leaving us at risk of losing business to countries such as the US – already a larger polluter than Europe.

If each EU member state can actually convert the rhetoric into reality, the upside is that we may play a significant part in making our planet cleaner. The sooner we tackle the task, the sooner we will see meaningful results. We all need to be tough on grime – and tough on the causes of grime.