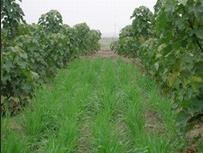 Britain’s industrial prosperity in the 19th century was based on abundant coal. In the 20th century, it discovered North Sea oil and gas. Now, in the 21st century, it is becoming a net importer of energy, which is a painful and costly experience.

Thanks to the brief blackmail of Ukraine by Russia, the debate in Europe has suddenly moved on, though not away, from conserving energy and curbing pollution towards securing supply. The first question is, what can be done about it? The second question is, who should do it?

The first answer is that we have to diversify our sources of energy. Wind farms, wave power and solar panels are trendy and green, but such renewables will remain limited contributors in the medium term. Nuclear power, with next generation power stations, is likely to play a more significant role, despite the vigorous green lobby against it. France already gets a major proportion of its energy from nuclear plants and, although Germany is committed to phasing out its existing older facilities, there is general expectation that nuclear is due for a revival there too.

Other options include bio-fuels, which would incidentally help UK farmers. It seems primitive to wait for nature to turn vegetation into oil in a few million years time, when technology already exists to shortcut the process.

Germany is well ahead of the UK in promoting the development and usage of such fuels, and the European Commission has proposed an ambitious 20-point action plan to replace, at least, six per cent of imported energy within the next five years. Not only would this involve the replacement of 150 million tonnes of oil equivalent, it would, incidentally, significantly reduce greenhouse gas emissions in the process.

It was pressure from the EU acting in agreement, rather than Ukraine acting alone, which resolved the Russian blackmail. It will be the EU acting in concert that can best address future supply issues. Given that the chairman of the energy committee in the European Parliament is a fellow UK Conservative MEP, we are in a strong position to take the lead. But it will take a lot of energy…