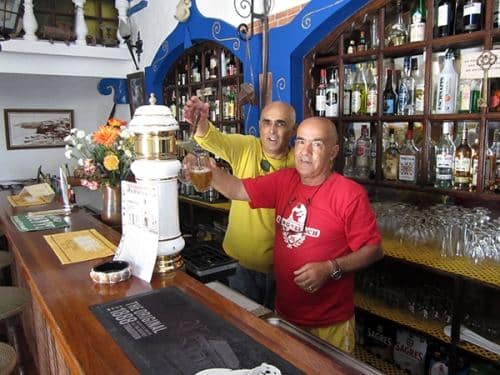 Around 80% of clams harvested at farms in the Ria Formosa areas of Alcorão, Fortaleza and Garganta are dying, say concerned shellfish gatherers in Olhão.

According to a spokesman for the Cooperativa de Viveiristas Ria Formosa (Ria Formosa Harvesters Cooperative), responsible for ensuring the quality of the bivalve, pollution from sewage released into the Ria Formosa and malfunctioning waste water treatment plants (ETARs) in eastern Faro and western Olhão are to blame for the dying clams.

There are around 2,500 shellfish gatherers in the area who depend on the clam farms for income.

In a statement released on June 21, the European Commission warned that the levels of pollution in the Ria Formosa had exceeded those stipulated in the Shellfish Waters’ Directive.

It said: “Portugal is failing to provide sufficient treatment for waste water produced in small urban agglomerations and is not complying with EU cleanliness standards for shellfish waters.

“On the recommendation of Environment Commissioner Janez Potočnik, the Commission is sending reasoned opinions to ask Portugal to comply with EU law in both areas. If Portugal fails to do so within two months, the Commission may refer both cases to the EU Court of Justice.”

It continued: “Monitoring tests carried out on shellfish waters in Portugal’s Ria Formosa indicate that while the levels of pollution are low enough to allow shellfish to be either directly consumed or safely eaten once subjected to a purification process prior to marketing, the specific water pollution conformity levels required by the Shellfish Directive have not yet been achieved in the whole Ria area.”

The Cooperativa de Viveiristas Ria Formosa spokesman added that clams were only being traded in Portugal and Spain “following purification and certification”.

A spokesman for Águas do Algarve said that poor water circulation leading to a lack of oxygen in some areas of the Ria Formosa is causing the clams to die. However, he confirmed that a new ETAR for the area is not in the plans for the short-term due to financial constraints.
1″>news