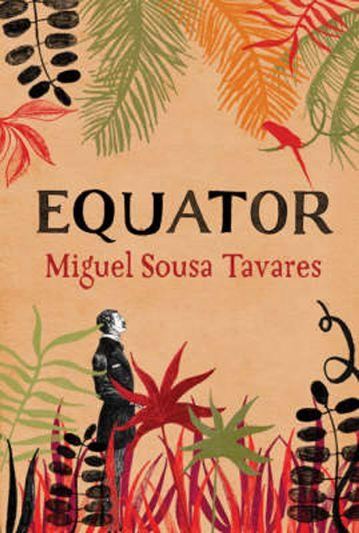 It is Lisbon, 1905, and Luis Bernardo Valenca, a 37-year-old bachelor, libertine and owner of a small shipping business, is revelling in the luxury of Lisbon’s high society. Intellectually curious, he writes about politics, believing that Portugal’s vast empire is having a civilising effect on the far-off lands it has colonised.

His life is turned upside down when King Dom Carlos asks him to become governor of Portugal’s smallest colony, the tiny island of São Tomé e Principe, in the Atlantic off the coast of equatorial West Africa, whose economy relies almost entirely on its cocoa plantations.

As a gentleman used to a softer urban life, Luis Bernardo is ill-prepared for the challenges of plantation life and is shocked by the conditions under which the Angolan workers labour.

Equator is a compelling and constantly surprising novel, casting light on a little-known corner of colonial life. Epic in scope, laced with emotional and moral complexity, Equator brings this simmering tropical community and period in Portugal’s history to life. Although not great ‘literary’ fiction, it is an absorbing read from an excellent storyteller Miguel Sousa Tavares’ face is well-known in Portugal as an economic and political commentator for television news and he is currently working on his second novel.