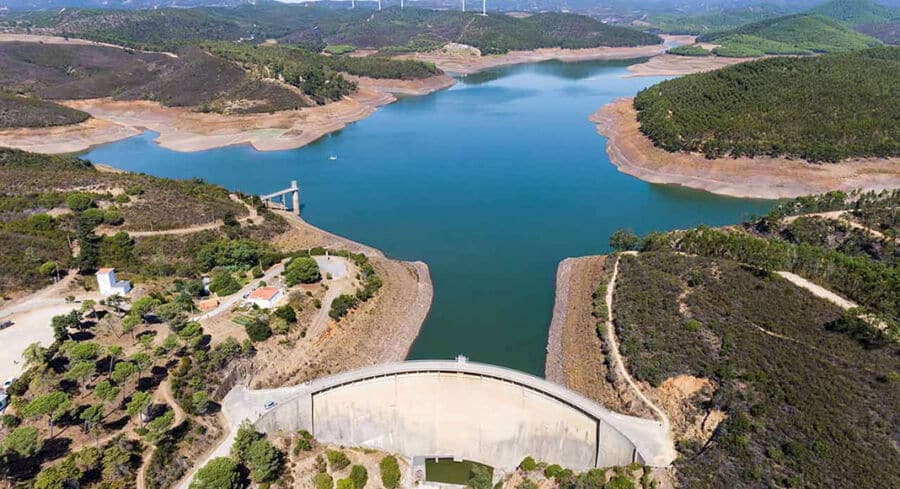 Plataforma Água Sustentável (PAS) – a group of eight environmental associations and NGOs in the Algarve – has publicly opposed “the construction of desalination plants and the diversion of water from the Guadiana River” as solutions to the Algarve’s chronic water shortages.

Both projects are included in Portugal’s Plan for Recovery and Resilience, which is currently up for public consultation and features €200 million to improve the Algarve’s water efficiency.

PAS – which includes A Rocha, Água é Vida, Almargem, CIVIS, Faro 1540, Global Faro, Quercus and Regenarte – was one of the entities involved in the Intermunicipal Plan to Adapt to Climate Change (PIAAC), a plan that it says is “thoroughly detailed and technically substantiated, created by renowned specialists, with the contribution of countless organisations from civil society.”

According to the plan, this alone would be enough to ensure “current water supplies until the end of the century” if the impact of climate change proves to be less serious than expected.

But, slams PAS, the proposals environmental groups put forward have “not been taken into account” or have been put aside to make room for others which “were not considered as effective”.

In fact, the platform stresses that the Algarve’s new water efficiency plan (PREHA) was created by a team of experts which included António Carmona Rodrigues, the man behind the project to divert water from the Guadiana River in Pomarão which was presented by Algarve business association Algfuturo throughout 2019 and 2020.
PAS stresses that the water to be diverted from the river using State money would be used for private agriculture ventures.

In its view, this also applies to the construction of desalination plants, as “private companies will be responsible for building them and supplying the desalinated water for domestic consumption at a higher price, even though water is an essential necessity”.

Thus, PAS is urging citizens to take part in the public consultation process which is running until March 1. (click here)