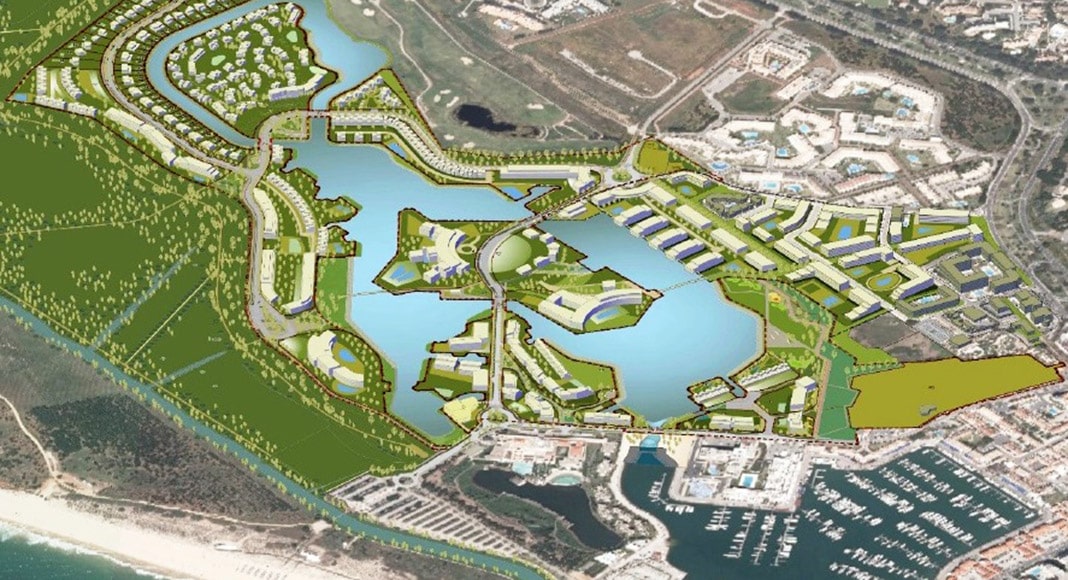 Environmentalists in the Algarve are celebrating after learning that the controversial Vilamoura Lakes project has received an environmental ‘thumbs down’.

The project’s environmental impact statement (DIA) was “unfavourable”, the regional development commission CCDR Algarve announced on Wednesday, ensuring that the 57-hectare area which was to be turned into a sprawling development with villas, holiday homes, restaurants and artificial lakes will remain development-free – at least for now.

In September, developers had already been asked to revise the project after its environmental impact study (EIA) was suspended so that they could diminish or eliminate the “negative effects” that it would have on the environment (click here).

But the challenge proved insurmountable to the developers.

CCDR Algarve explained that the project was slapped with a negative assessment “given that the negative impacts that were identified are in some cases very significant, cannot be minimised and would halt the development of the project”.

The “unfavourable” environmental impact statement refers only to one half of the project which involves the construction of villas and holiday homes.

The other half, which involves the artificial lakes and canals, would only ever move forward if the construction side was approved, the developers said.

The news has been celebrated by environmentalists who have been opposing the project since it was first announced.

“This is a victory for the environmental NGOs which opposed the development, but also for the local community which was going to be deprived of its heritage in the name of an unsustainable touristic appetite,” says the Liga para a Proteção da Natureza (League for the Protection of Nature, or LPN).

But LPN warns that the threat of development still exists as the existing land planning policies “leave the door open” for new projects to be proposed.

The only way to eliminate the threat, it says, is to classify the area as a “local protected area”.

The project was also tackled early on by a citizens’ group which called it an “environmental attack” on the sustainability of the Algarve.

They warned that it could wipe out the local vegetation as well as the local bird population and questioned whether it was worth destroying one of the Algarve’s last wetland areas in order to create a massive tourist development, which they believed was only moving forward because it was given the status of a “project of national interest” (PIN) – which effectively allowed it to ‘bend the rules’ in order to advance.

The group also highlighted that the development would have been built in an area qualified as “sensitive” – the river basin of Quarteira, near the Roman ruins of Cerro da Vila – although it was guaranteed that the Cerro da Vila would not suffer any damage as an “archaeological reserve area” was to be established.

Environmental association Almargem also expressed its worries about the artificial lakes, warning that they would be built in an area where there could be freshwater aquifers underneath and where there is the risk of “contamination and salinisation”.