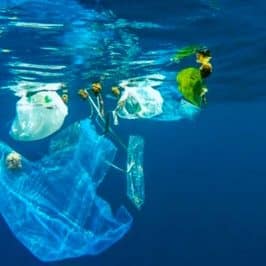 Portuguese environmental non-governmental association Zero on Sunday called for specific targets under the National Strategy for the Sea in a bid to reduce packaging waste.

Zero also lamented that the country’s National Strategy for the Sea had ignored air pollution from ships, saying that vessels were a significant source of pollution and influenced the quality of air in coastal areas, with west and north-west winds taking the sea pollution to land.

The association suggested within a public consultation regarding the document, which ends on Monday, that measures and efforts to prevent and reduce sea waste be reinforced.

“From our point of view it is essential to have a greater focus on preventing problems that are contributing daily to the degradation of marine ecosystems,” the association said, adding that an action plan with specific goals for the reuse of packaging was vital.

Zero says that in the case of drinking packaging there should be “ambitious goals for reusing packaging” saying that deposit return systems could be a strong ally to prevent sea pollution.