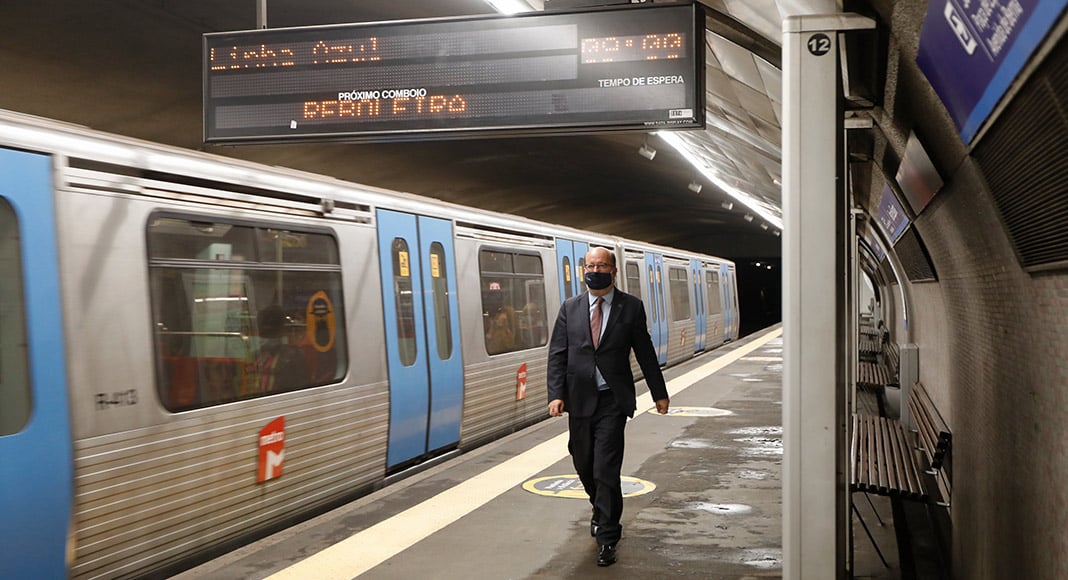 Environment minister João Pedro Matos Fernandes has been riding the Lisbon Metro today to show the capital’s citizens that it is safe, in spite of the accident last Tuesday that saw a ceiling collapse onto one of the trains.

“What happened should not have happened. It was an accident”, he told reporters. “An accident that caused four people to be thankfully only slightly injured. But it caused great upset. For two and a half days it was not possible to use the Metro. But I repeat, it’s all over now. It is more than safe to travel by Metro. It always was and it always will be…”

He went on to allow a series of photographs showing how safe it is to travel on the Metro.

And he explained that the accident had been caused by a machine coming onto the construction site in Praça de Espanha above and “hitting very hard where it shouldn’t have”.

Renovation work to the iconic square ‘should have gone ahead decades ago’, according to Lisbon mayor Fernando Medina, who told journalists that due to the pandemic plans to limit heavy-polluting vehicles from the downtown area of Lisbon have been put on hold as they would further hamper businesses that are already struggling to survive.

“It’s a question of good sense”, said the mayor. “I still defend the plan. I think it is very important, But there is a time for it, and that time is not now”.