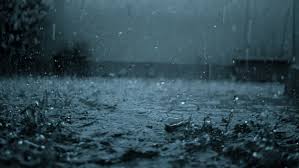 You may be lapping up the sunshine this morning but ‘depression Gabriel’ is beating a stormy path to Portugal and promises rain, snow and lots of wind.

According to reports, Gabriel should hit the country worst in north and central areas.

Estimated time of arrival is early tomorrow (Tuesday) morning, with the worst of the weather continuing until midnight.

Winds, particularly on high ground, are expected to be gusting at up to 65 kms/ hour on the west coast, up to 85 kms/h inland.

Meteorologists from IPMA (sea and atmosphere institute) warn that maritime areas will “feel the influence of this depression” particularly, though temperatures appear not to be too affected.

Northern boroughs like Guarda will be customarily cold (down to 1ºC) but the Algarve looks likely to dodge most of the worst effects, with temperatures set to oscillate between 9ºC (minimum) to maximums of 19ºC.

Gabriel is currently ‘centred’ in Brittany, in France.