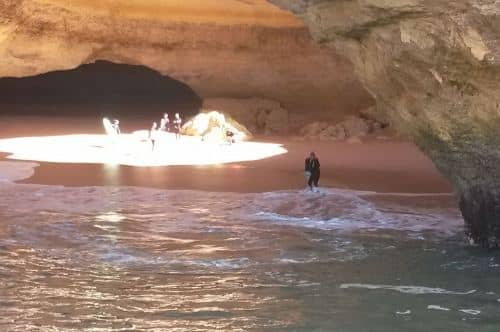 Travelling English youth teams will be in the Algarve this month to play against local teams and are looking for supporters to cheer them on in their games.

The first team to take to the pitch will be the Under 15s Carcroft Village Boys from Doncaster who will be taking on Imortal U15s at the Albufeira Municipal Stadium on April 12 from 7.30pm followed by a game against Ferreiras on April 14 from 11am at the Estádio Nora.

The Carcroft Village Boys are from a small ex mining town in South Yorkshire and are currently sitting at the top of their Sunday league while they will also be playing in their own Cup Final on April 10, the day before they travel to the Algarve.

Meanwhile, both the under 9s and the under 13s teams of Welling United FC from London will be travelling to the Algarve to play in games over the Easter weekend.

The teams will be playing against Imortal on April 22 at the Albufeira Municipal Stadium with the under nines taking to the pitch at 10.30am and the under 13s at 11.30am with the same matches repeated the next day but at the Estádio Nora.

The under nines team play in the Selkent league in London and are the two times winners of the A league, while the Under 13s are currently sitting at the top of their division and have recently welcomed several new players to strengthen their squad.

The games have been arranged by Algarve Football Tours and organisers are hoping that some members of the English community will come out to support the boys as they play the local Portuguese teams.