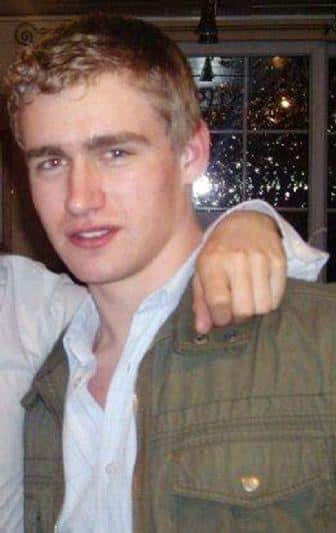 A tourist on holiday in the Algarve went to the rescue of an English woman who was the victim of an attempted mugging in Lagos.

Alan Armstrong, 22, from Nottingham, UK, was out with friends when he heard screams in the Santa Maria area of the town as they left a local bar on Thursday, August 6, around 2am.

A man had attempted to steal a bag from an English woman before fleeing empty-handed when passersby noticed what was taking place.

Alan Armstrong told the Algarve Resident: “The man ran past me and my friends and I chased him to try and stop him from getting away.”

Alan Armstrong caught up with the thief and sat on him to stop him fleeing until the police arrived at the scene.

“I didn’t want to let him get away so I just held him down by sitting on him until the police got there,” he said.

When the police arrived, a local Portuguese resident told them that Alan was trying to attack the thief and they held their batons to Alan’s neck until they were told what had actually happened.

“It was scary,” said Alan Armstrong. “I was just trying to do the right thing by stopping the guy from escaping and then I was accused of attacking him.”

Luckily for Alan, local resident Elaine May had seen the whole incident from her apartment window and went down to the police and told them what had happened.

The police then surrounded the thief and took Alan’s details and let him go.

Elaine May has identified the thief as being the same man who mugged her 80-year old neighbour two weeks ago (see the Algarve Resident, August 7 edition).

“My neighbour also owns a shop and the front window was smashed in with a brick the other day. I really doubt it is a coincidence,” said Elaine May.

She also said that she had seen the man back in the area where both thefts took place.

“It is a disgrace that he is back on the street after what has happened,” she said. “He is roaming up and down the same street where both thefts took place, walking up behind people, I suspect, waiting for his next opportunity. The police have not done anything about it.”

The Algarve Resident contacted Lagos PSP police, but no one was available to comment at the time of going to press on Wednesday.